Oldest party wins most seats in voting for 'new Algeria' 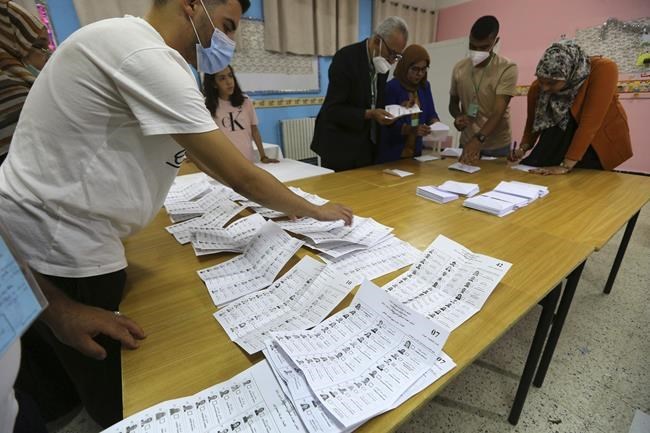 The National Liberation Front, or FLN, secured 105 of 407 parliamentary seats, according to the provisional results. Independent candidates, including young people new to politics and many others who broke away from the FLN, placed second, winning a total 78 seats.

The voting Saturday was meant to open the way to a “new Algeria” heralded by President Abdelmadjid Tebboune to end an era of corruption and give the North African nation a new, younger face after a two-decade reign of Abdelaziz Bouteflika as chief of state. Bouteflika was forced to resign in 2019 under pressure from the Hirak pro-democracy protest movement.

However, turnout was dismal with Hirak protesters boycotting the elections, as did traditional opposition parties. The electoral chief, Mohamed Charfi, did not provide a turnout figure in his Tuesday rundown of results, but media outlets calculating the number of voters among the 24 million eligible put the figure at 23% — a historic low.

The moderate Islamist party that has been a mainstay in Algerian politics, the Movement for a Peaceful Society, won 64 seats, double the number it held previously. Another Islamist party will also be increasing its presence in the lower chamber of parliament, going from 12 seats to 40, Mohamed Charfi, head of the electoral authority, told a news conference.

A party which once shared the majority with the FLN, the National Democratic Rally, placed fourth with 55 seats, down from 100 in the outgoing parliament.

The FLN was decried by Hirak protesters seeking to upend a system in place since Algerian independence from France in 1962. The party was born as a fighting force in the independence battle then transformed into the nation's sole political party for nearly three decades, until multiparty elections were allowed in 1989.

It lost 60 seats in the elections, but even without a majority the FLN saved itself as the premier party of Algeria. The results suggested that nationalists, from the FLN to party dissidents elected as independents and gains by another party regarded as an FLN satellite could dominate in the chamber.