The hot topics — dictated entirely by questions from residents in attendance — at the Tumbler Ridge mayor's debate ranged from the Chamber of Commerce to how to attract volunteers.
Oct 16, 2018 2:37 PM By: Dawson Creek Mirror Staff 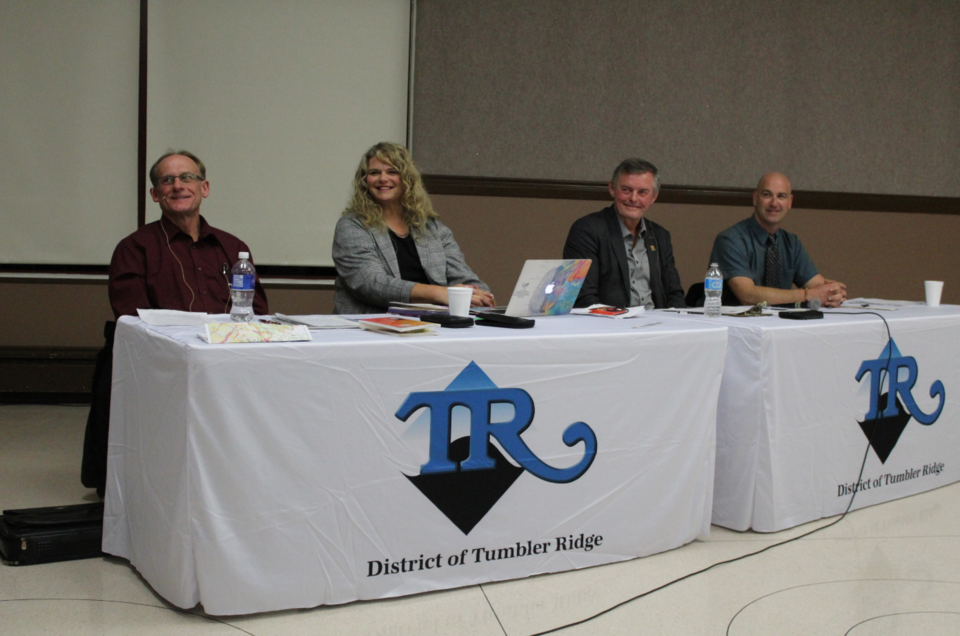 The hot topics — dictated entirely by questions from residents in attendance — at the Tumbler Ridge mayor's debate ranged from the Chamber of Commerce to how to attract volunteers.

The first question out of the gate was on how to make the aforementioned Chamber strong to attract business.

Jerrilyn Schembri noted as a former manager of the Chamber that it had done a lot of good things for the community, including a Christmas business initiative that she says resulted in over $40,000 spent locally in Tumbler Ridge last year. (Later in the night, Schembri noted “As Chamber manager, I felt how businesses felt not heard,” and that the District “needs to start being friendly for business.”)

Garret Golhof indicated that the Chamber was good for his business, and that he’s “not against it.”

Keith Bertrand said the Chamber is “vital” to business and that it needs a permanent home — “They need a permanent set-up so they feel solidified in the community.” He also suggested that a change in mindset for Tumbler Ridge businesses is needed, saying, “We need to become happy for other people’s successes.”

On finances, Golhof indicated an aversion to raising taxes, while McPherson advocated they have to be responsible with the reserves, while noting the District was about ⅔ done on infrastructure improvements. Schembri noted a needed “balance” — “You can’t keep taxes where they are and expect huge increases in structure and repairs.” Bertrand noted opportunity for corporate sponsorship and grants.

The key focus of Schembri’s campaign is on volunteers — a topic touched upon by one of the questions, which noted it was getting harder to attract volunteers.

“I find that every good thing in this town was built by volunteers,” she said. “We need to give them the resources that they need to be successful. We need to start appreciating them.”

Bertrand noted in minor hockey that it was the same people doing it for six years, and they get burnt out. He suggested quarterly meetings with non-profits and the District. (He joked as a solution they could elect a younger mayor, to laughter from the audience).

“You want more volunteers? Get the town together more,” said Golhof.

McPherson was most passionate in his answer on a question on the caribou issue, going over the allotted time limit, saying, “This affects your jobs, your lifestyles. This isn’t something that should just blow over.”

All candidates said they have time for the job.

Schembri note she had the blessings of her boss, and that “the job will get done,” as she “stays up late and works hard.” Don indicated he can put as much time as needed as his own “boss,” and referring to travel and meetings he attends, “I hate airports, I hate airplanes, I hate hotels, but I’ll do it for this town.” Bertrand said his full time job is 24 hours on-call as a crane operator, but that if elected, his “full time job will become a part time job,” and he “plans on putting as much time as needed.” Golhof stressed, if elected, mayor will be a full time job for him — “[My business] went on hold for the campaign. I’ve worked one day I think. [. . .] I’ll be in the office 40 hours a week.”