With the Tumbler Ridge UNESCO Global Geopark up for recertification, PRRD directors say the TRMF’s actions during a July 20 meeting with UNESCO evaluators have risked the status of the Geopark.
Aug 15, 2018 12:26 PM By: Austin Cozicar 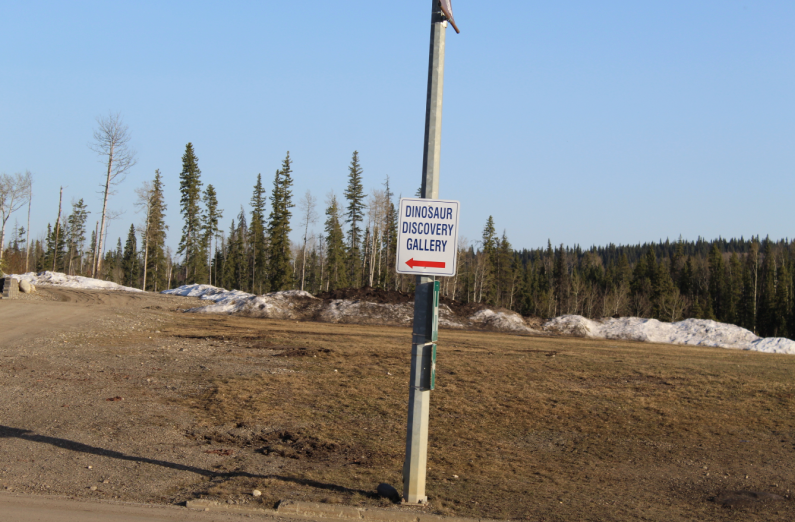 With the Tumbler Ridge UNESCO Global Geopark up for recertification, PRRD directors say the TRMF’s actions during a July 20 meeting with UNESCO evaluators have risked the status of the Geopark. The TRMF, however, say they were being “fully honest about our situation.”

The PRRD had written the TRMF (and the Geopark) a strongly worded letter asking for “clarification of the conversation” that took place that day, most notably when it was brought up that the TRMF was looking at the possibility of moving the fossils.

“We felt that it was important to ensure that the Evaluators were aware of not just the accomplishments over the last four years, but also the difficulties that the TRMF is having in securing long term stable funding for the Peace Region Palaeontology Research Centre,” wrote TRMF president Charissa Tonnesen in a letter to the PRRD.

“Given the denial of funding from the District of Tumbler Ridge in March of 2018 and the possibility of a referendum by DTR on funding for the PRPRC/Museum in the fall, the lack of funding is a real possibility. Once the current funding has expired at the end of 2018, the fossil collection will be an orphaned collection, as there will be no qualified people on staff to care for it, and no funding to run the facility.”

She notes that moving fossils would be an “absolute last resort,” but does not rule out such a move, saying, “We need to be prepared to ensure that the collections are housed in a facility with stable, long term funding that is run by qualified paleontologists.”

Tonnesen also writes that she and Dr Charles Helm were elected to the Geopark board of directors at the July 31 AGM, positions they intend to use “constructively.”

Helm, who notes he is no longer on the TRMF board of directors due to his “increasing role as a research scientist” at the PRPRC and instead serves as an advisor, wrote the PRRD, “It is clear to me that in its approach to the PRPRC collections, the TRMF and its scientists are simply responding responsibly and professionally to the funding crisis which has been forced upon them (and for which no logical reason has been given).”

Helm also raised concerns about a potential referendum on funding for the TRMF, saying a “negative result would have serious implications all round and it is unlikely that the new Council would not abide by it,” and that “there has been no DTR-TRMF collaboration in phrasing the most appropriate question.”

“This isn’t a binding referendum, this is just to find out how the residents really feel about what we’re doing there,” says Tumbler Ridge Mayor Don McPherson, who also notes the TRMF have been invited to talk about the referendum questions.

He also raises issue about the lack of communication.

“They talked about not having a meeting, but we have asked to have a meeting with them and they refused, saying they would rather deal with the new council [after municipal elections in October]. We’ve sent them another invite — I don’t know how many times we have to do this.”

McPherson says they expect to hear the result of the UNESCO report and the UNESCO status — a green, yellow, or red card — in the fall.

At the August 9 PRRD meeting, Fort St. John Mayor Lori Ackerman motioned to send a letter to the TRMF “highlighting our granting policy, asking for the financials, and requesting a meeting after the receipt of the international committee’s response to the revalidation of the Geopark,” which carried.