Most of the former workers are now spread out across the province, the union says.
Apr 1, 2016 5:35 PM By: Mike Carter 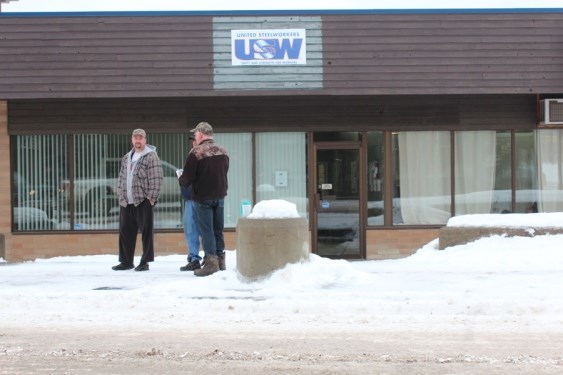 Workers laid off from Walter Energy's Wolverine mine in the spring of 2014 are stuck in a holding pattern when it comes to resolving their unsettled claims.

The B.C. Supreme Court ruled on Wednesday that the company, which was granted creditor protection in Canada on Dec. 7, will have more time to pursue the sale of its Canadian assets before it settles its debt.

The original grace period, during which no litigation can be launched against Walter Canada, expired January 6. The company was granted an extension until April 4.

On Wednesday, Justice Shelley Fitzpatrick decided to extend that grace period a second time to June 24.

"Nothing can move forward as long as they're under protection," Dan Will of United Steelworkers (USW) Local 1-424 told the Dawson Creek Mirror.

The USW represents 300 of the 700 workers put out of work by the mine's closure, a result of a global price collapse for metallurgical (steel making) coal.

Outstanding claims from these workers include lost wages for the 60 days between April and June 2015 and other payments they argue are owed to them.

Walter Energy Canada says it has received letters of interest from companies who are eyeing their assets and that this ruling will allow it to continue its sale and investment solicitation process.

The company met with the union on Thursday, Will says.

"(It's) just basically status quo and we sit and wait, " he said.

Most of the former workers are now spread out across the province, Will added, making it hard to arrange a meeting to update the workers on the status of their claims.

"The (Tumbler Ridge) office is open once a month and people will come in and we'll give them an update," he said. "I trust within a week or so we'll have something more on the website. We get a lot of phone calls but we simply say to people it's just a wait and see situation."

Mining operations at Walter Energy's Willow Creek mine near Chetwynd ceased in 2013, putting nearly 250 out of work.

Two of the companies other mines in the Chetwynd/Tumbler Ridge area - the Brule and Wolverine - ceased operations in the spring of 2014, putting 700 workers out of a job.

Walter once employed over 1,000 people in Northeast B.C.