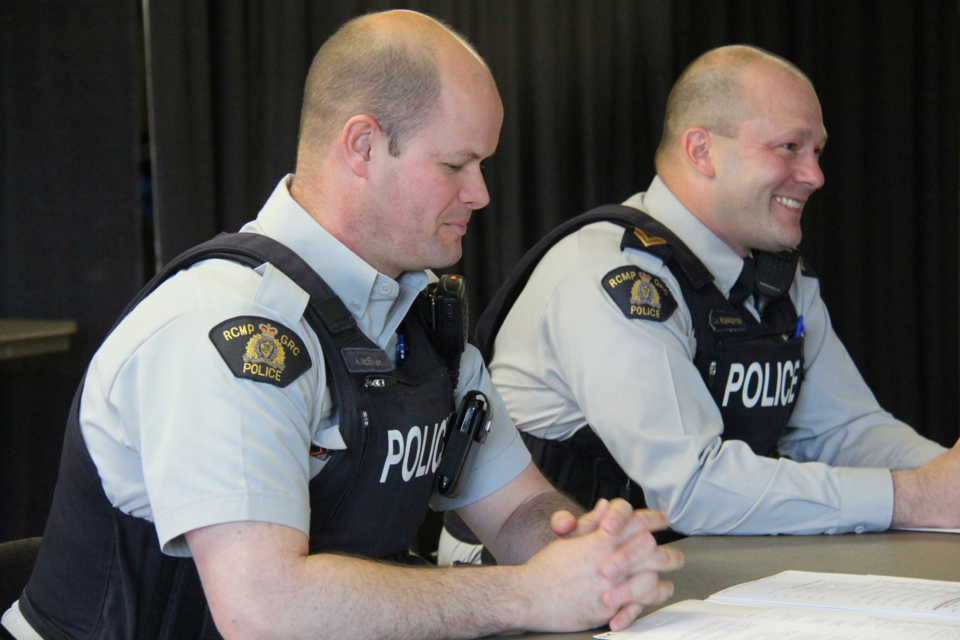 Tumbler Ridge Cst. Andrew McElwain (left) says domestic violence and break and enters have risen in Tumbler Ridge with an economic downturn brought on by mine closures.Jonny Wakefield

High unemployment and dwindling welfare benefits are contributing to a rise in break and enters and domestic violence in Tumbler Ridge, RCMP say.

Mounties in the town of 2,700 are placing special emphasis on both offences, which have gone up since the town’s last coal mine closed in 2015, Cst. Andrew McElwain said in a report to the Peace River Regional District April 28.

McElwain said getting handle on domestic violence and break-ins is a priority for the five-member detachment, which like many in the region struggles with staffing issues.

“We’ve noticed we need to combat our domestic violence,” McElwain told the regional board, noting there were 18 domestic violence incidents in the town last year. “It’s a district priority for us.”

He said members were focusing on “proactive” patrols for domestic violence and improving access to victim services.

Break and enters are another upshot of the economic downturn, McElwain said. While no government has a firm rate of unemployment in the community, many suspect joblessness in Tumbler Ridge has reached double digits. Last year, the community saw B.C.’s largest drop in home assessments, at more than 30 per cent.

“One big thing we’re faced with in Tumbler Ridge, when the mines shut down, now a lot of the families that have stayed here are disenfranchised, they’re running out of welfare, they’re not able to find…jobs,” he said. “So one form of making ends meet is break and enters of homes and businesses.”

He added that the detachment is asking companies to secure their heavy equipment after a dump truck, grader and other equipment went missing from an area firm last summer.

Tumbler Ridge currently has three RCMP members, down from its standard complement of five. Members from all five Peace Region detachments presented to the PRRD on policing issues April 28.