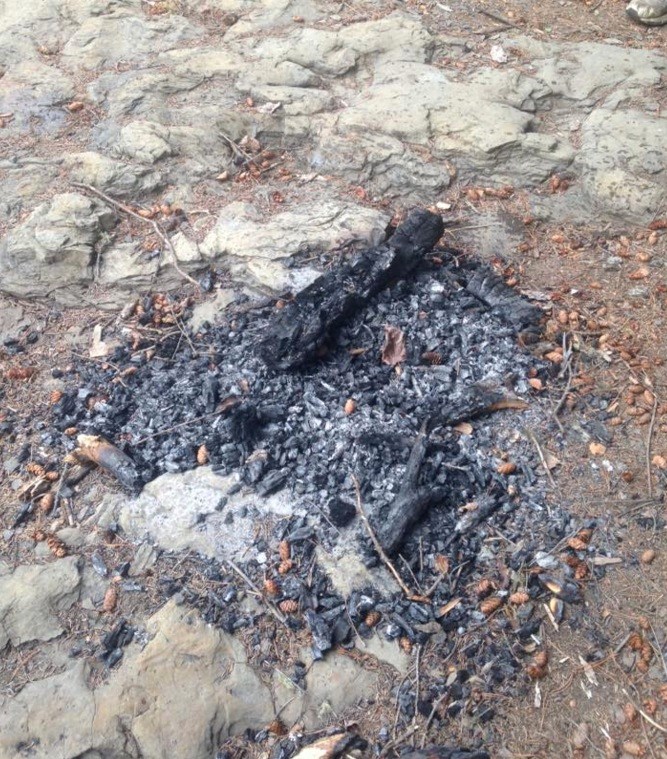 Local paleontologists are calling for new protections for B.C.'s fossils after hikers near Tumbler Ridge lit a campfire on a dinosaur trackway.

Sadly, human-caused damage to dinosaur trackways is nothing new, Dr. Rich McCrea of the Peace Region Paleontology Research Centre told the Dawson Creek Mirror, after reports of the vandalism surfaced on social media.

"Putting a fire on something like that is just incomprehensible stupidity," McCrea said.

The tracks lie adjacent to a walking path in the Flatbed Creek area, less than a kilometre from Tumbler Ridge. McCrea said a trail camera could provide clues to who set the fire, but said the incident highlights the lack of protection for fossils in the province.

In Alberta, a heritage protection law protects all dinosaur fossils. B.C. is the only province with paleontological resources that does not have specific legislation to protect them, McCrea said.

In fact, the best protection for major finds is to keep the location a secret.

In 2008, a resident discovered a 6,000 square-metre dinosaur trackway near Williston Lake. While the find could be a major tourist attraction one day, it's location is being kept secret until the fossils can be protected.

"If the province enacts legislation, it'll give protection to all sites," McCrea said. "This is a deficit that has to be addressed on a provincial scale. It's not just these sites—it's any number of sites, even ones we don't know about yet."

For fossil sites that are close to town, though, keeping the location a secret is not an option, McCrea said.

"You have to balance the educational and informational aspect," he said. "The primary motivation for utilizing (fossil sites) is we like to educate people about the resources in B.C., and we think that we should be proud of them. If you learn about something, then you know how special it is and you'll want to take steps to protect and respect it."

The person who set the fire on the dinosaur tracks had to know the significance of the location, McCrea said. Signage along the trail and an information panel about the tracks are located not far from where the fire was set.

"They would've known that something was there and they went ahead and (set a fire) anyway. There is actually a campfire pit next to the picnic tables there. There was no reason to do a fire there."

McCrea says he has seen all types of vandalism on dinosaur tracks in the area.

"It's not always the same," he said. "Sometimes it's graffiti, or somebody will carve things into the rock," he said.

Some people have even dug out chunks of the trackway as a souvenir. In the process, "they destroyed three other footprints and destabilized the track surface" McCrea said.