The 20th edition of the annual race up Babcock Mountain hits Tumbler Ridge this Saturday. This year there were 1,100 spots for grabs.
Aug 9, 2018 10:48 AM By: Austin Cozicar 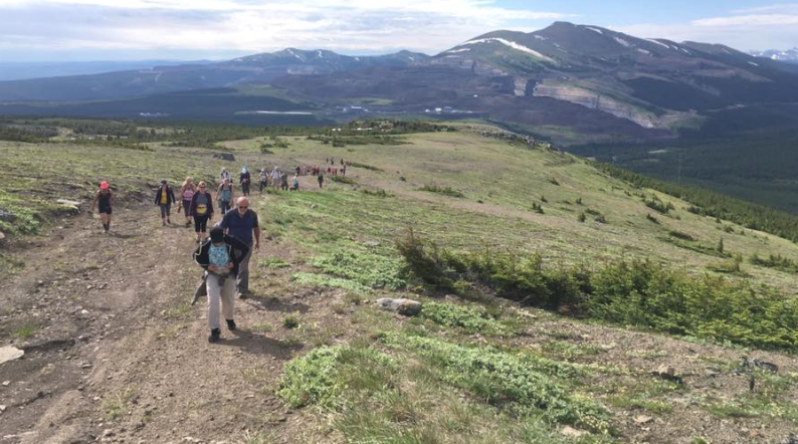 The 20th edition of the annual race up Babcock Mountain hits Tumbler Ridge this Saturday.

“We increased our capacity by a 100, and it filled up in just over six hours,” says race organizer Jerrilyn Schembri.

For the 20th anniversary there will be a banquet in the evening, and a book available about the run.

“It started out with just a few friends getting together and all donning togas and run 20 km up the side of a mountain,” says Schembri. “Every year, it just grew and grew and grew. It just got to the point where we had to cap it because the mountain just can’t handle more people.”

She can remember a simpler time when they would record runner’s times by hand.

“Somebody would sit at the front at the finish line — that would be me — and every racer that ran across the finish line, I’d write their bib number down and their time down,” she explains. “When it was only 30 runners, it wasn’t so hard, or even 200 runners it was even do-able, but once it got to four or five hundred and eight people came in at once, it got a bit overwhelming.”

The event draws runners from across BC and into Alberta, with last year’s top five finishers coming from Victoria, Nanaimo, Fort St. John, Grande Prairie, and Calgary.