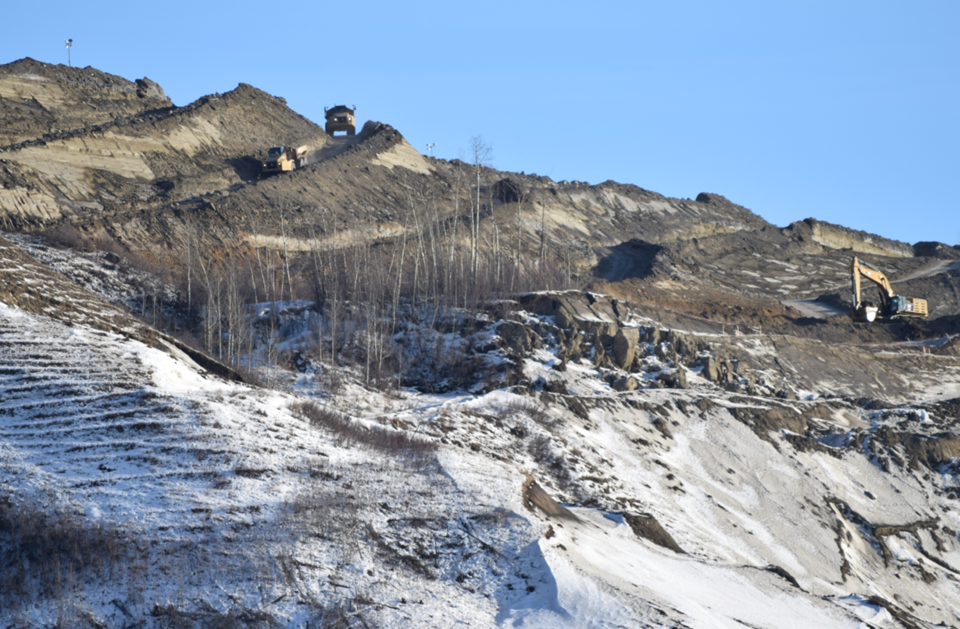 Trucks hauling earth on the north bank of the Site C dam earlier this year. The contentious project brought on its first temporary foreign worker, according to a report from BC Hydro.

An expert in roller-compacted concrete has been brought on as the first temporary foreign worker on BC Hydro's Site C dam.

In a monthly jobs report released Monday, BC Hydro disclosed that one worker has been hired on the project through the contentious federal immigration program.

The employee is the first temporary foreign worker on the project, and will direct work on a buttress made of roller-compacted concrete (RCC) at the dam's foundation.

"Obtaining professionals who have worked previously on RCC projects is critical," Site C spokesperson David Conway said. "Despite the focused recruitment that (main civil works contractor) Peace River Hydro Partners has been doing, they have not been able to recruit anyone in Canada."

The TFW program allows employers to hire specialized workers from outside of Canada, as well as employees to fill positions in markets with significant labour shortages. The previous Conservative government overhauled the program in 2014 after reports of employers were hiring foreign workers over Canadians.

The new employee—who BC Hydro did not identify for privacy reasons—recently worked on a 90-metre high RCC dam in Australia, as well as 20 other dam projects around the world.

To bring in a temporary foreign worker, employers must carry out a Labour Market Impact Assessment to certify there are were Canadians available to carry out the work. BC Hydro's contracts also require three months notice of intent to hire through the TFW program.

BC Hydro announced Site had topped 2,000 workers in January. Eighty-one per cent are from B.C., while 41 per cent have a residential address in the Peace Region.

The project's use of out-of-region labour has rankled some labour unions, including the International Union of Operating Engineers (IUOE), which is attempting to get workers on site to switch unions.

Josh Towsley, business representative with the IUOE, said the union was pushing for a formalized hiring structure that would include "provisions for local hires, B.C. hires, out-of-province hires, aboriginal workers, women, and  out-of-country (workers)."