For Kwadacha First Nation, healing from W.A.C. Bennett dam a work in progress

BC Hydro recognizes devastating effects of 1960s dam project on First Nations upstream as construction continues on Site C
Jonny Wakefield
Jun 13, 2016 10:07 PM
Previous Next
1 / 1 Emil McCook builds a boat in the remote First Nations community of Kwadacha. McCook’s story is among those told in a documentary that’s part of a new exhibit at the Bennett dam recognizing the hydro project’s devastating impact on Aboriginal People.Courtesy Mitchell McCook
Expand
Previous Next

This is part two of a two part article on the Bennett Dam’s impact on First Nations people. Read part one here.

When Emil McCook was young, the Finlay River was a highway.

The former chief of the Kwadacha First Nation, now 72, grew up running riverboats on the Finlay in the years before its lower reaches were submerged behind the W.A.C. Bennett dam.

At the time, McCook was only vaguely aware of the dam under construction a hundred miles downstream. But he assumed that one way or another, he’d still be able to hunt, fish and bring supplies to the remote community of Fort Ware as he’d always done.

Then, the riverboat swamped.

“I went into the lake three times,” McCook said, of the early days navigating the Williston Reservoir on flat-bottom boats made for river travel. By the early 1970s, the dam had fully submerged the Rocky Mountain Trench’s network of rivers, isolating First Nations communities on the far end of B.C.’s largest lake.

“We had riverboats swamped. We lost everything on them in the lake. Suddenly we can't use our highway,” McCook said.

McCook’s story is among those told in a documentary that’s part of a new exhibit at the Bennett dam, recognizing the hydro project’s effects on Aboriginal People. The new “impacts” gallery, created with the Kwadacha and other area First Nations, is the first time BC Hydro has acknowledged the dark side of the story it tells about the Bennett Dam.

That story takes on new relevance amid ongoing debate over Site C, a third Peace River dam under construction near Fort St. John. Critics of the project say that despite BC Hydro’s contrition over the Bennett Dam, the Crown corporation is repeating the mistakes of 50 years ago. 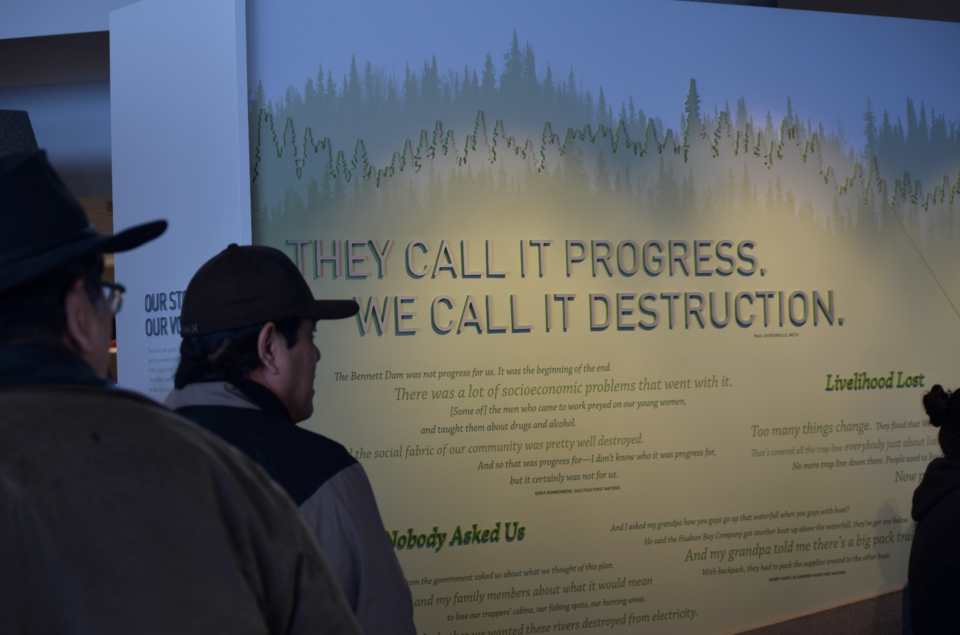 ‘I didn't realize it was really a reservoir’

Kwadacha, also known as Fort Ware, was founded as a trading post in the 1920s.

Only a handful of elders in the community of 240 remember the time before the reservoir. Susan McCook, an educator who married a Kwadacha Band member, said the Bennett dam wasn’t talked about when she first came to the community in the 1990s, decades after its completion.

“I didn't realize that Williston Lake was really a reservoir,” she said. “Many of the children in Fort Ware didn't either. It was part of this project that they learned it isn't a lake.”

McCook, who married Emil McCook’s brother, was of 275 people who attend BC Hydro’s grand reopening of its visitors centre June 9. She’s also writing a history book about the nation and the impacts of the dam.

“As I got to know the elders, it became more and more apparent the depth of the impact—the emotional sadness, the lifestyle change, the separation of peoples.”

Estimates vary, but Kwadacha elders say nine people died as a result of dam construction—drowned in rising waters choked with debris, or lost trying to navigate Williston Lake on river boats. Grave sites on the banks of the river were flooded with no notice to the people upstream.

Isolation has been the biggest impact. The need to fly food, fuel and everyday items into the community sent the cost of living soaring. In what some see as a cruel irony, Fort Ware didn’t have electricity until 1985, and only then from a diesel generator provided by BC Hydro. Mary Jean Poole, another elder, said the fact residents have to pay for their own diesel continues to be a source of frustration.

The reservoir also cut off communities that had once been neighbours.

“Every 10 or 15 miles (on the river) there'd be a camp,” Susan McCook said. “You’d go back and forth up and down the river and you'd know everyone.”

BC Hydro approached the band about participating in an updated Bennett dam exhibit in 2015. According to McCook, many members initially “didn’t want a thing to do” with the Crown corporation. Nearby Tsay Keh Dene, which is still fighting to replace reserve lands lost in the flood, declined to participate due to “ongoing trauma and the lasting effects of the creation of the reservoir on our nation.”

But “gradually, over the last 16 months of this project, they began to see BC Hydro is made up of people,” McCook said. “People change, people become more aware and more knowledgeable, as have we all.”

For Susan’s stepson Mitchell, who worked on the documentary film accompanying the exhibit, the project was a chance to learn about his family and the “resiliency” of the community. He briefly lived in Kwadacha as a child and now works in Prince George.

“It's amazing what our elders lived through,” said McCook, 35. “Hearing some of their stories, it's hard to imagine and listen to sometimes. Working on the film helped me to understand what the community went through. That's all I can do.” 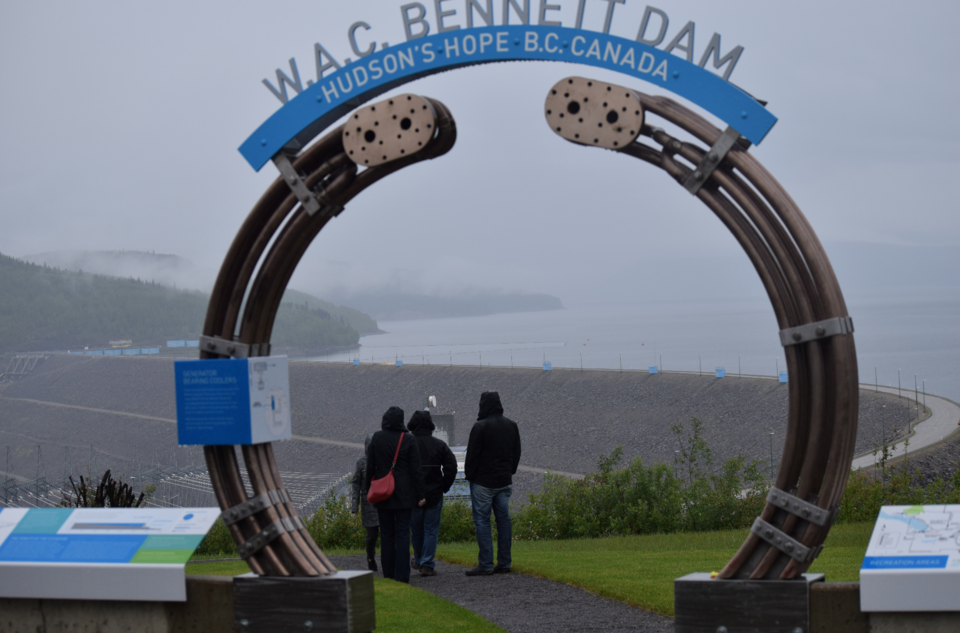 ‘A little bit of forgiveness, but not forgetting’

For now, people in Kwadacha are happy BC Hydro is telling the full story about the dam that changed their lives. But there’s also a feeling that Hydro—as well as its customers across the province—still owe a debt to people on the far side of the reservoir.

As for the timing of the new exhibit, Susan McCook said she couldn’t help but be “suspicious” about Site C.

“I do think that's part of it. But I do think the BC Hydro people working directly on this project are sincere,” she said. “As for the political strategy and policy of BC Hydro, it's probably spoken behind closed doors.”

She said that unlike residential schools and other impacts of colonization, the Williston Reservoir doesn't fade with time.

“What is the worst? We all agree it is the flooding,” she said. “Residential schools, you can heal, and generations in the future can move past it. This is always here, and nobody's going to poke a hole in this and drain the Finlay River and let it come back to what it used to be.”

“It's maybe a little bit of forgiveness, but not forgetting.”