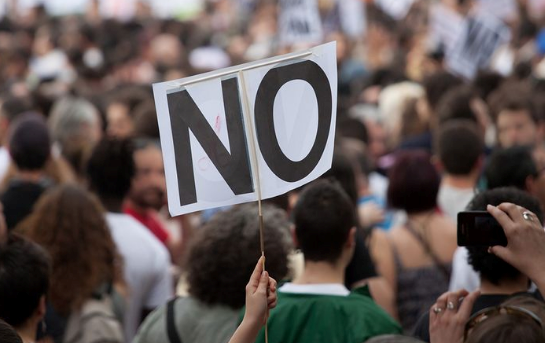 Site C: will the online griping from warriors of the keyboard lead to real world shenanigans? Time will tell.

Will 2018 be the year that British Columbia’s second environmental intifada erupts?

The biggest story in 2018 for the resource and energy sectors in B.C. will likely be the $7.4 billion Trans Mountain pipeline twinning project, which could be eclipsed only by liquefied natural gas (LNG) – the latter being either a total non-story or the biggest resources story of the year, depending on whether LNG Canada pulls the trigger on a final investment decision.

In mid-December, the National Energy Board (NEB) ruled that Kinder Morgan Canada (TSX:KML) can bypass Burnaby’s bylaws and proceed with the expansion of its Westridge Marine Terminal. Up to 4,500 workers are expected to be employed on the project (in B.C. and Alberta) at peak construction.

According to the STEM Spotlight Awards, which promote careers in science, technology, engineering and mathematics, the Trans Mountain twinning project will generate 450 skilled trades jobs each year during the construction period for each of five “spreads” of the project. Those jobs include 105 heavy equipment operators, 170 labourers and welder helpers, 44 welders and 50 contract managers (foremen) for each spread.

But First Nations and environmental activists have threatened civil disobedience against the pipeline project on a scale not seen in B.C. since the 1990s War in the Woods over clear-cutting in Clayoquot Sound.

There could also be increased civil disobedience over fish farms and the Site C dam.

“I think we’re going to find out in 2018 whether Canada’s a land with the rule of law or whether Canada is on a track to being a Venezuela – a country with no law, lots of resources and inability to produce the things that it uses every day by everybody,” said Stewart Muir, executive director for Resource Works.

From forestry to mining and oil and gas, B.C.’s resource sectors have been benefiting from commodity price lifts.

Despite American softwood lumber duties, B.C. forestry companies are seeing strong profits, and mines that had been shut down have either already restarted or are expected to restart in 2018.

The one uncertainty for resource-sector companies is BC NDP government policy. From fish farms to fracking, all are up for some form of review by the new government.

A moratorium on new fish farm licence applications has been in place since 2015, and a special advisory panel on aquaculture, struck by the previous BC Liberal government, has been reviewing the aquaculture industry. It will provide the new government with a report early in the new year.

But the NDP already has some strong negative opinions about the industry. In October, B.C. Agriculture Minister Lana Popham threatened not to renew a tenure for Marine Harvest’s Port Elizabeth fish farm, which is up for renewal in 2018, due to opposition from First Nations and anti-fish-farm activists.

Premier John Horgan offered little reassurance to the industry when he seemed to suggest closed-containment systems – which have yet to turn a profit, despite millions in government subsidies – as the way forward for salmon aquaculture in B.C.

“The premier is going to have to consider the number of jobs, the export value, what that means for the health of the economy in B.C. as to how this fits in,” he said.“I think it’s too valuable of an industry to just let go.”

A prolonged decline in commodity prices resulted in several metallurgical coal and mineral mines shutting down in B.C. in recent years. Two of the met coal mines have since restarted under new owner Conuma Coal Resources Ltd., and Bryan Cox, CEO of the Mining Association of BC, said a number of idled mineral mines are expected to restart in 2018.

One of them is Vancouver Island’s Myra Falls mine. In November, Swiss mining company Nyrstar raised US$118.5 million through a private placement to restart the lead-zinc mine. Cox also said Conuma is planning to restart the Willow Creek met coal mine in 2018, which would be the third former Walter Energy mine in B.C. to restart.

As for oil and gas, energy companies have been investing billions in the liquids-rich Montney formation in northeastern B.C., despite uncertainty over an LNG industry ever taking off. Whether that level of investment will continue in 2018 under the new BC NDP government is open to debate.

At the end of November, the Fraser Institute published an industry survey that found falling investor confidence in both B.C and Alberta.