A new exhibit at the tourist destination recognizes how the dam displaced Aboriginal People upstream and destroyed livelihoods
Jun 10, 2016 3:23 PM By: Jonny Wakefield 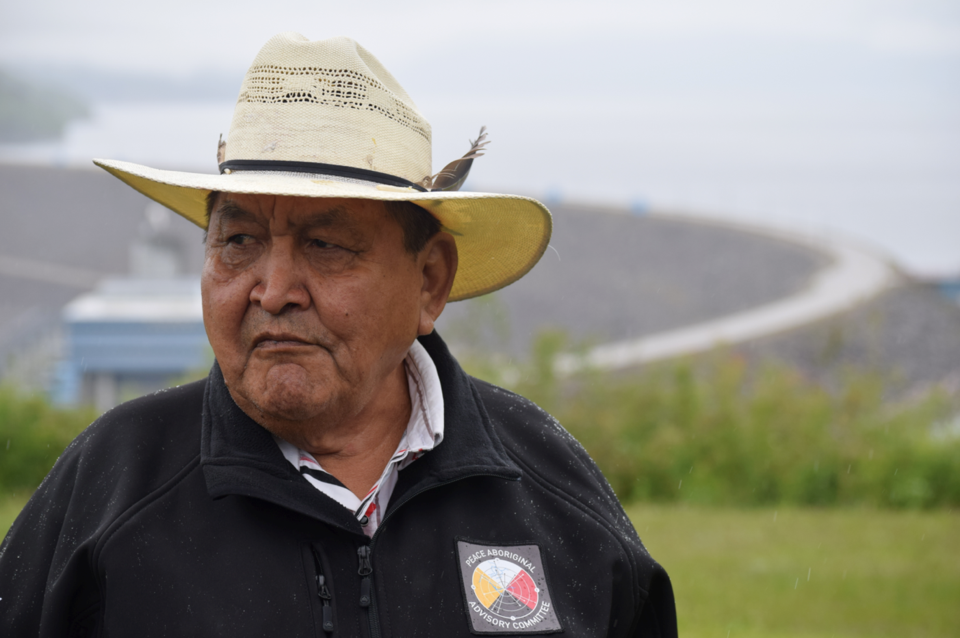 The W.A.C. Bennett dam is an engineering marvel that stands 186 metres tall, created the world's seventh-largest reservoir and produces around a quarter of B.C.'s electricity

Until recently, that's all the dam's 7,000 visitors a year learned about the province's largest hydroelectric facility.

Now, for the first time in its history, an exhibit at the popular tourist destination acknowledges the dam's dark side.

Unveiled June 9 before an audience of more than 200, the new exhibit details the Bennett Dam's irreversible impacts on Northeast B.C.'s Aboriginal people.

The dam forever isolated the Tsey Keh Dene and Kwadacha bands on the far side of a nearly-impassable reservoir, fundamentally altering the lives of people who were once self-sufficient. According to an elder of the Kwadacha Nation, a total of nine people drowned shortly after the dam was completed in 1968—forced to navigate the Williston Reservoir on flat-bottomed boats designed for river travel. The dam inundated more than 1,700 square kilometres of forest and created an unstable aquatic environment where fish are still laden with mercury.

Two hundred and seventy-five people attended the unveiling of the Our Story, Our Voice exhibit, the majority of them members of First Nations from across Northeast B.C.

While the mood at the event was one of reconciliation, the afternoon was coloured by the fact BC Hydro is building a third dam that will have serious impacts on Indigenous people.

In a speech at the event, BC Hydro Deputy CEO Chris O'Riley said this is the first time the Crown Corporation has updated the story it tells about the W.A.C. Bennett Dam.

"While we remain very proud of the engineering marvel that is the Bennett Dam, and we continue to be thankful for the prosperity that it underpins, we recognize the need to acknowledge those parts of the picture that we can't be proud of," he said.

A poster of the dam in BC Hydro's Vancouver headquarters "has a caption that says the 'Best Dam Operation in B.C.," he said, acknowledging "we like our dam puns at BC Hydro."

"But one thing that always strikes me when I see the picture is that it only tells one part of the story."

"We think this acknowledgement is a really important part of reconciliation," he said. "I want to say today that BC Hydro deeply regrets those impacts and we commit that we will not repeat the mistakes of the past."

The exhibit continues to focus largely on how the dam was built and how electricity is generated in its turbines. But the inclusion of First Nations voices is a marked departure.

The words "they call it progress, we call it destruction" greet visitors who round the corner from an exhibit on power lines. The new gallery features a short documentary from 35-year-old Kwadacha filmmaker Mitchell McCook, which includes interviews with elders whose lives were forever altered by the dam. It features archival footage of the newly-flooded reservoir choked with logs and drowned animals.

The gallery was developed over the past year and a half with BC Hydro's Peace Aboriginal Advisory Committee. Dan George, who helped the committee gather stories about the dam's impact, said elders and young people contributed their time "to help get the story right."

"Many tears were shed during our time together as we remembered the many losses incurred by First Nations and Métis people as a result of dam construction," he said. "Many call it 'that damn dam.'"

Lining the walls are quotes from local First Nations leaders, including from West Moberly First Nation Chief Roland Willson, a prominent critic of Site C whose nation has a lawsuit against the project.  Willson said he remembered learning how to prepare a fish with wild onions and peavine from his mother, who learned the technique from his grandmother.

"That was transferred, traditional knowledge from my grandmother to my mother. Nowadays what I get to do is to teach my son how to throw contaminated fish back into the river."

The issue of Site C, however, was not raised by any of the speakers.

"We can hope that it's going to be the beginning of a better way of doing things," she said.

But: "basically what it is is begging forgiveness after you've done the sin. Fast forward that to 2016, we're seeing basically the same pattern in the Site C development. From what I can tell from what the First Nations say, there hasn't been a lot of meaningful consultation on that."

Johansson wondered whether a similar event could be held "40 years from now" after the completion of Site C.

Part two of this article will focus on the Bennett Dam's lasting impact on the Kwadacha Nation.