'It's not a case of them coming together and holding some kind of a big event where they're cooking hamburgers and hot dogs and everybody is going to stick around. That's just not the way they're going to do it'
Apr 29, 2021 8:55 PM By: Tom Summer 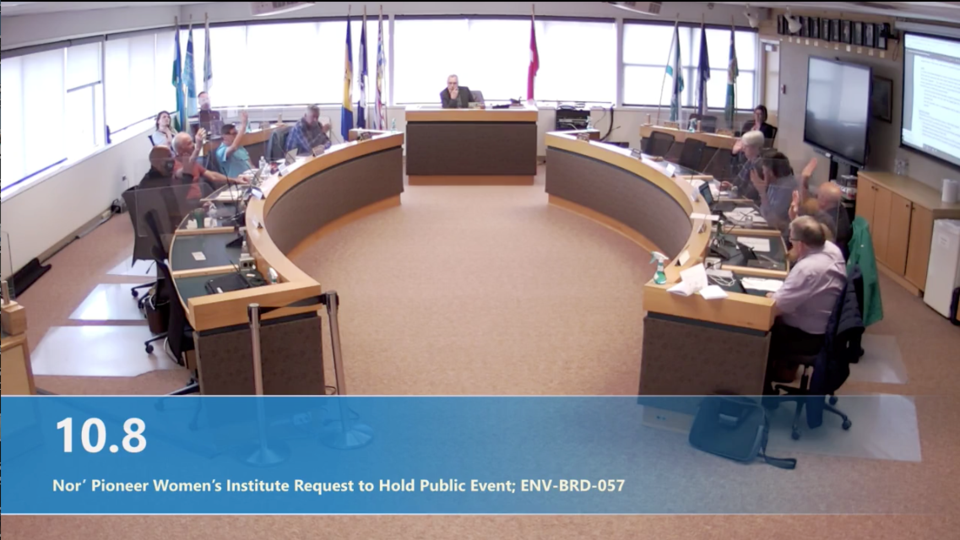 The Peace River Regional District board votes against a request from the Nor' Pioneer Women's Institute to hold a plant sale fundraiser, April 29, 2021.

The Peace River Regional District board has rejected a request from the Nor' Pioneer Women's Institute to hold a plant sale next month.

The WI wanted to hold the 10-day sale in mid to late-May at the Cecil Lake transfer station as part of its ongoing fundraising for a community emergency fund, the Cecil Lake Cemetery, and the Women’s Resource Society.

Electoral Area B Director Karen Goodings said the organization was also considering the Cecil Lake Store as a venue, and wanted the group to be able to use the station as a second option. Both said they would take precautions and follow current COVID-19 public health rules, which currently limit outdoor events to 10.

But Goodings received pushback from other directors over a rise in cases and whether public gatherings should be allowed at PRRD facilities. The board voted 9-1 against her motion to give the WI permission to use the station.

"We have to make sure that is the first and foremost guiding principle of how we allow any kind of public gathering on our regional district facilities," he said. "If it's contrary to the public health order, then it's out."

Goodings responded: "You've obviously not ever been to a plant sale," she said. "Because people don't go to the plant sale and stay there all day. They go, they look, they see. If there's some plants that they've been looking for - raspberry plants, strawberry plants, whatever - they purchase and leave."

"It's not a case of them coming together and holding some kind of a big event where they're cooking hamburgers and hot dogs and everybody is going to stick around. That's just not the way they're going to do it," Goodings said.

Goodings urged the board to give the Nor’ Pioneer WI, founded 87 years ago, the benefit of the doubt.

“Put the rules in place,” Goodings said. “Make sure they are aware that Covid is our number one concern, that we will not do anything that would be disrespectful of the province’s rules.”

“I just think that for an organization that’s been around as long as this one in our community that we should give them the benefit of the doubt,” Goodings said.

Tumbler Ridge Mayor Keith Bertrand said he understood the importance of the group, but didn’t like the idea of allowing events at PRRD facilities. He said his community has delayed its 40th anniversary celebration this year because of the pandemic.

Hudson's Hope Mayor Dave Heiberg wondered whether a plant sale was any different than a farmers market, and how they're managed by municipalities if there's a plan in place.

Markets are currently set to open this weekend in Fort St. John, May 15 in Tumbler Ridge, and May 18 in Hudson's Hope. Other greenhouses are also open.

There is currently an outbreak at Site C, and the Dawson Creek hospital.

PRRD to advise province of heat dome impacts to agriculture
Jul 27, 2021 10:15 AM
Comments