Farmer near gas plant frustrated after bid to move denied

A South Peace farmer seeking to put some distance between his homestead and a proposed gas processing plant has been blocked by the Peace River Regional District.
Apr 19, 2016 2:01 PM By: Jonny Wakefield 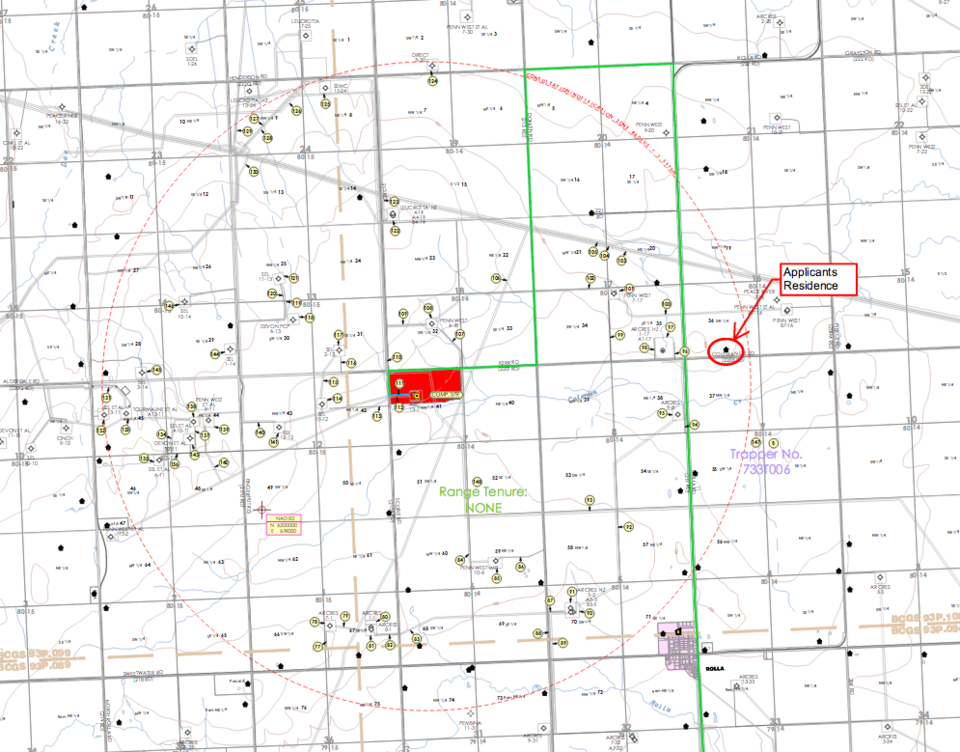 A PRRD map showing the Shipton property in relation to an ARC Resources gas plant. Justin Shipton says he's frustrated after his bid to move to a new homestead further from the gas plant was denied.Supplied

A South Peace farmer seeking to put some distance between his homestead and a proposed gas processing plant has been blocked by the Peace River Regional District.

Justin Shipton, who grows wheat and canola northwest of Rolla, wanted to subdivide his quarter section of land and build a new house further from an ARC Resources gas processing plant under construction a mile away.

"They stink," he said, of the smell emitted by gas processing plants. "They claim that it doesn't, but you can go down to the one that's in Rolla and go a mile and-a-half west and you still smell it. That can't be good for you."

Shipton planned to sell the house, build another further from the plant and keep the land in production. That required approval from the regional district, which sets land use regulations, and the Agricultural Land Commission.

The board found the subdivision did not fit with existing land use regulations, and would have impacts on the farm's agricultural production. Directors declined to forward it to the commission, which has authority over changes in the Agricultural Land Reserve.

"It kind of seems silly that I can't keep my quarter of land and move," he said. "But apparently I can't."

Shipton's current homestead lies within the plant's emergency response plan radius—the area most at risk in the event of a gas leak.

The gas plant, which is being built by ARC Resources, would be one of the larger facilities in the area. It would process sour gas from existing wells in the area, according to a report to the regional district.