Portable on the way for Pouce Coupe Elementary 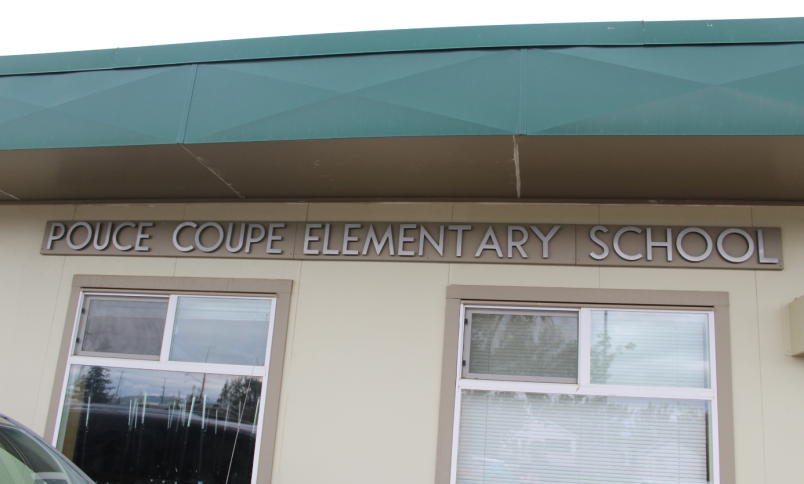 At Wednesday’s board meeting, School District 59 trustees voted in favour of purchasing a $150,000 portable for Pouce Coupe Elementary.

Notably, the portable isn’t creating more classroom space than there was in the 2018/19 school year, but rather allowing the School District to move out of the library space they are currently using as a classroom.

Before the start of the 2018/19 school year, with the elementary at over-capacity, prospective students were turned away and were offered spots in Dawson Creek, which would require bussing into school from Pouce and area. However, the Village, School District, and Library Board came together in the summer, and agreed to make a temporary classroom out of half of the library space, allowing the students to enrol for the 2018/19 school year. Temporary was the key word in the agreement.

The District had applied for provincial funding for a one classroom permanent expansion valued at $550,000 — with the District covering half — but were informed earlier this month they were unsuccessful in their request.

One upside, however, is that the portable could be in place for the start of the 2019/20 school year, while the expansion would have been looking to September 2020.

“There could be the potential that it could be in place for the beginning of the next school year,” said secretary-treasurer Melissa Panoulias, noting, however, she couldn't guarantee it would be in by then, and that it depends on delivery times. (The quote they were given previously said it could be in for September if ordered by the end of March).

Even if a portable is in place for the start of the school year, it does not necessarily mean the classroom in the library will have been renovated back to library space in time, she said.

“As soon as possible we’d like to have the portable on site, and have that [library] space renovated back.”

Pouce Council have been saying the school needs two new classrooms at least, and have noted development plans, including the West Pouce subdivision, will require the school’s capacity to continue to grow.

The District, however, projects Pouce’s enrolment to decline by three students next year. The long term direction is unsure, they say.

“We’re in that initial stage, we’re not sure what’s happening with that school, because all that growth came in relatively quick and only was in place for one year,” said Panoulias.

“There were five new homes in 2017, three in 2018. With a new subdivision that could be a gamechanger, but it is at a very early stage, so I don’t think it would be worthwhile for the board to work on permanent expansion when that is at such an early stage,” said trustee Chad Anderson, one of two who represents Pouce.

Another option would have been moving a portable for $55,000, from either Devereaux or Moberly Lake, which now have declining populations, but it was noted they are being put to use by those schools.

Chetwynd trustee Crystal Hillton noted that both schools were “busting at the seams” when they needed portables, and had just recently received those portables — a sign of how enrolment numbers can vary year to year.

For Pouce, Panoulias said the portable would likely be located at the west side of the school, as they could put it close to an exit and closer to the school, and that it wouldn’t conflict with potential future expansion.