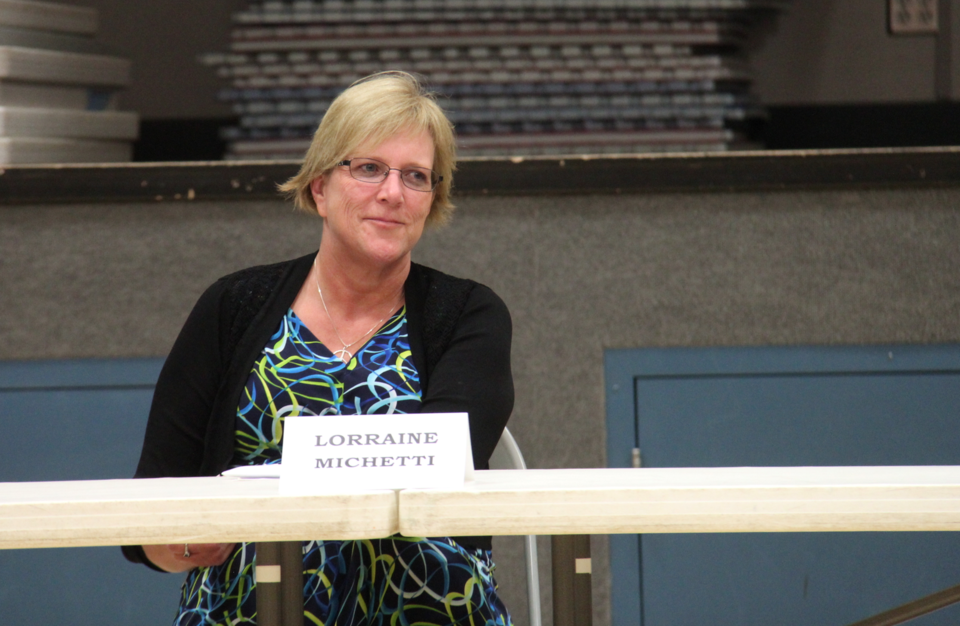 Lorraine Michetti was elected mayor of the village of Pouce Coupe Saturday.

Lorraine Michetti has been elected mayor of the Village of Pouce Coupe.

Michetti, who alleged financial impropriety on the part of former mayor and village staff, ran on a platform of opening up village finances. She earlier sought financial statements she claimed were improperly withheld.

“I put two years into getting the (financial statements),” she said. “I’m pretty sure the people of the village were confident enough in me.”

Michetti said she currently has a defamation lawsuit filed against the former mayor and the estate of former chief administrative officer Carol Bishop, who passed away this year.

At a debate last month, she was asked repeatedly by residents whether that lawsuit constituted a conflict of interest for a potential mayor, a claim she denied.

Saturday’s contest was the second byelection held in the village of 740 since the 2014 general election, after a byelection to replace former councillor Gordon “Red” Merrick, who resigned over a dispute with Plowright.

Plowright resigned late last year, saying a dispute with Michetti, Merrick and others was taking a toll on his health.

Michetti’s first council meeting as mayor is set for April 20.