Intoxication and prolonged exposure to cold, and lack of lethal injuries, says Coroner on Testawich

Complications of atherosclerotic and hypertensive cardiovascular disease, hypothermia, and severe alcohol intoxication have officially been listed as the cause of death of Ashley Testawich.
Dec 17, 2019 9:49 AM By: Rob Brown 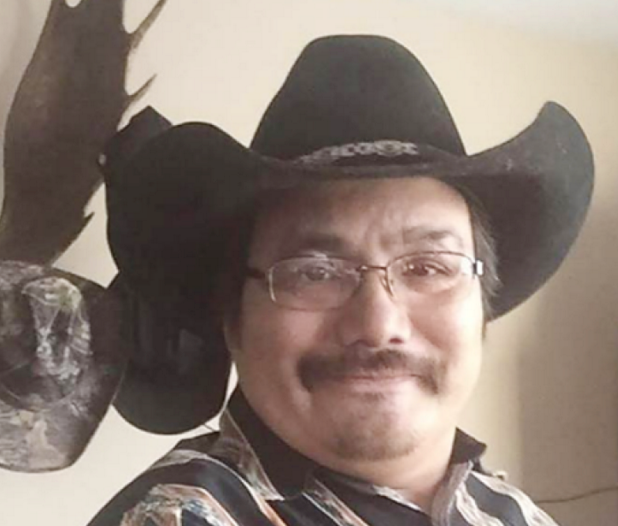 Complications of  atherosclerotic and  hypertensive cardiovascular disease,  hypothermia, and  severe  alcohol intoxication have officially been listed as the cause of death of Ashley Testawich.

On morning of December 8, 2018, Dawson Creek RCMP and Emergency Services responded to a report of an unresponsive male found in the parking lot of the Hart Hotel.

Upon their arrival Ashley Testawich was found lying supine and without vital signs.  Emergency resuscitation  protocols were carried out on scene and enroute to hospital in ambulance.  Efforts continued at the Dawson Creek Hospital without response and Testawich was declared deceased at 9:30am.

“Investigation revealed that on December 7, 2018,  Testawich had been consuming alcohol  at a private residence before arriving,  as a patron, at the Hart Hotel,” notes  BC Coroner Danny Scoular.

“Conflicting reports were given regarding whether Mr. Testawich was served at the bar; however  it was agreed that Mr. Testawich had fallen at least once and was assisted from the premise without incident,” he says.

“A witness, leaving the bar after close,  last saw Mr. Testawich alive on December 8, 2018, at 0215 hours, in the Hart Hotel parking lot. He was spotted several  hours later by a passerby  who observed  Mr. Testawich lying supine in the snow on the west facing side of the hotel parking lot.  Emergency Services were called immediately.”

Coronor’s notes reveal an examination of the scene revealed  footprints in the snow which suggested  Testawich had been alone at the time of death and had likely fallen asleep  or collapsed  in the snow.  The weather conditions during the relevant time period were reported to be between -1 0 to -15 degrees Celsius.

However by afternoon of December 13 of last year, just over five days later in a press release, RCMP noted the death was no longer suspicious and that the case has been referred to the BC Coroners Service for further investigation, and that no evidence of foul play.

Ashley’s wife Dayna was also called within five days of the death and told by a DC RCMP constable her husband had died of a heart attack. However, his iPhone was working and active after his death.

“Although the cause of death will not be released by the RCMP, there is no evidence of foul play. The BC Coroners Service now has conduct of this investigation and any further inquiries should be directed to them.”

When asked last year, the BC Coroners Service has told the Mirror on Tuesday that it does not assign fault, nor does it make a determination on whether or not a death is suspicious – only the RCMP do.

“I can confirm the Coroners Service is investigating to determine who died, how, where, when, and by what means - so cause of death is something we will release once our investigation is complete,” said Andy Watson with the BC Coroners office at the time.

Coronor’s notes reveal an autopsy was conducted on December 12, 2018, at the Royal Inland Hospital in Kamloops.

“Toxicology  analysis  was conducted at the Provincial  Toxicology  Center in Vancouver.  The analysis was conducted on ante-mortem blood samples drawn on December 8, 2018, at 0848 hours.  Findings revealed  a blood alcohol level of .20%, which was characterized as a heavy  level of intoxication,” he says.

“The toxicologist noted that the results were representative of concentrations at the time of collection  and may have been higher at the time of injury.”

The pathologist stated in the autopsy  report that, the lack of lethal traumatic injuries combined with autopsy findings and toxicology results are most consistent  with complications of atherosclerotic and hypertensive cardiovascular disease.

“Which would include acute infarction and features consistent with hemi failure combined with a heavy  level of intoxication with alcohol and sub-zero outside temperatures to cause this death,” says the Coroner’s report.

December 13 - RCMP say the death no longer suspicious; hand over investigation to BC Coroners