LNG Canada says it’s not in a position yet to confirm reports that a US$14 billion engineering, procurement and construction (EPC) contract has been awarded for the design and construction of its liquefied natural gas plant in Kitimat.
Apr 23, 2018 4:48 PM By: Dawson Creek Mirror Staff 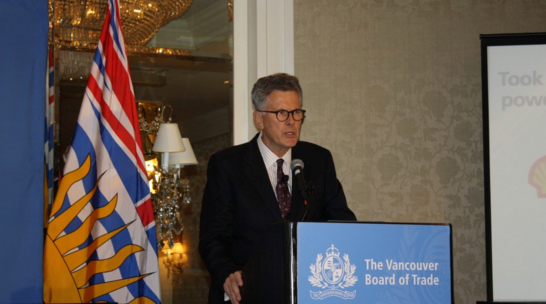 LNG Canada says it’s not in a position yet to confirm reports that a US$14 billion engineering, procurement and construction (EPC) contract has been awarded for the design and construction of its liquefied natural gas plant in Kitimat.

According to Nikkei Asian Review, a Japanese business publication, LNG Canada’s partners have awarded the EPC contract to the Japanese firm, JGC, and the American firm Fluor Corp.

That consortium was one of two that, in February, LNG Canada announced it had been short-listed for the contract. Nikkei estimated the contract to be worth US$14 billion.

LNG Canada – a consortium led by Royal Dutch Shell – said it would be making an announcement on the contract sometime this week or next week.

“LNG Canada will be in a position to make a public announcement of its preferred EPC contractor as soon as we receive final approval from our joint venture participants,”the company said in an email to Business in Vancouver. “Until then, LNG Canada cannot comment further.”

The joint venture partners include Shell, PetroChina, KOGAS and Mitsubishi. They have not yet made a final investment decision on the project – the total investment for which is estimated to be about $40 million, when a new natural gas pipeline and upstream gas assets are included.

But LNG Canada CEO Andy Calitz said earlier this year that the company plans to make that decision this year, and is aiming for a construction start by the end of this year.

A major hurdle was removed just last month when the BC government announced it would scrap a suite of special taxes that the previous Liberal government had imposed on the nascent industry. They included a special LNG tax on exports, electricity rates that were higher than the typical industrial rate and a deferral on PST for capital investments.

Since the large LNG modules needed for LNG plants have never been built in Canada, these modules need to be fabricated in Asian and imported. The tariffs could add hundreds of millions of dollars to the cost of the modules.

LNG Canada has applied for an exemption to the tariffs from the federal government.