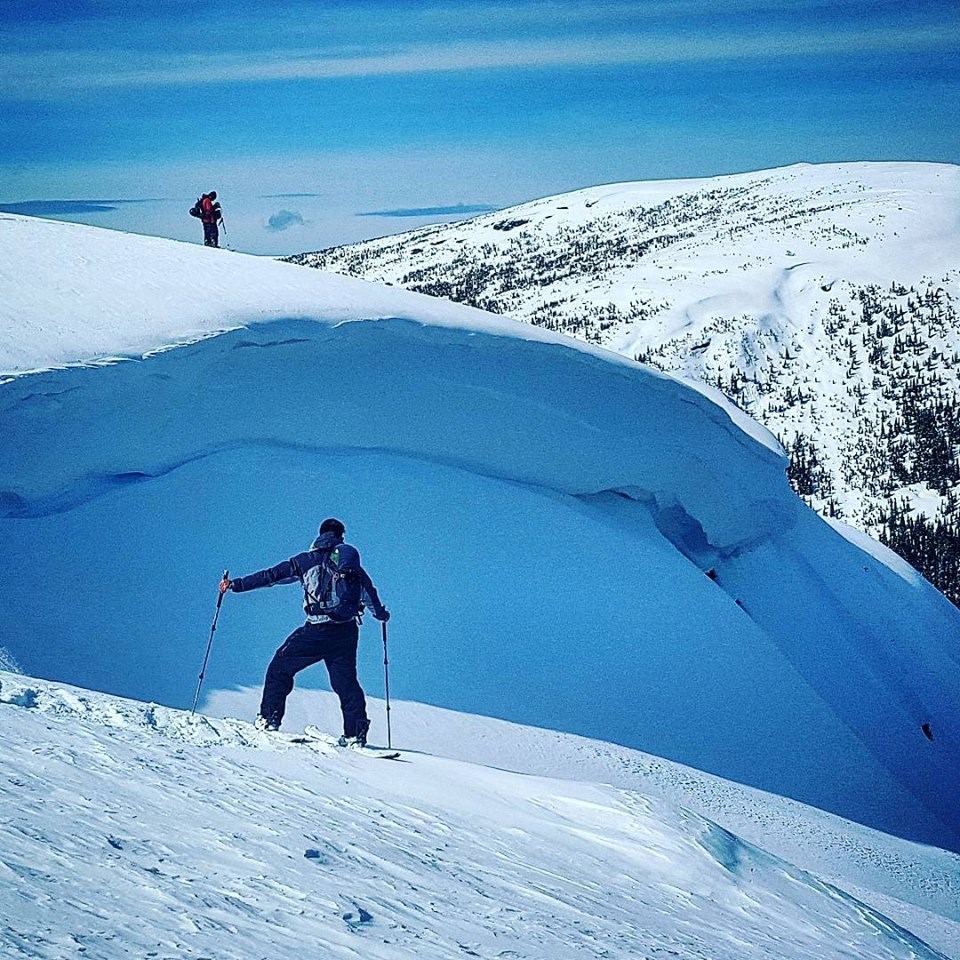 Warmer temperatures bring an increased risk for avalanches in the backcountry areas of the Northern Rockies.

Experts say skiers, snowboarders and snowmobilers should avoid steep south facing areas as well as areas above and below cornices.

A cornice is an overhanging mass of hardened snow at the edge of a mountain peak.

“There are a variety of layers in the snowpack that are becoming increasingly weak as the air temperature rises in the South Peace region,” Ryan Shelly of Summit Avalanche Consulting told the Mirror.

Using slopes that are at an angle of between 30-45 degrees on days when the temperature is above zero can pose extreme risks, he adds.

“(That) could get you in serious trouble, particularly if the slope itself is quite large,” he said.

People who leave the boundary of the ski hil or who are snowmobiling in the mountains need to have at minimum an avalanche transciever, an avalanche probe and an avanlanche specific shovel, Shelly says.

"Travelling without any of these items is a great disservice to your riding buddies and your family," he notes.

Human-triggered avalanches happen on a regular basis from Tumbler Ridge to the Pine Pass.

“Most of the time these avalanches are smaller in scale and not capable of fully burying a person,” Shelly said. However, all avalanches have the potential to be dangerous.

"The weight of the snow in an avalanche at this time of the year does not need to be big to tear a person and their machine apart," Richard Cronier, president of the British Columbia Snowmobile Federation said.

In the event of a severe avalanche, a victim may have only 15 minutes or so before their chances of surviving are drastically reduced.

In this video, courtesy PKDAYS, a group of snowboarders are given a wake up call, as a small avalanche takes off with them down a backcountry hill near Powder King: