$10 million per day fines from Alberta for illegal petroleum exporting

Any company exporting petroleum products from Alberta will be required to have a license and if they don't - Jason Kenney says the province will fine you $10 million per day for contravening their new Preserving Canada’s Economic Prosperity Act.
May 1, 2019 10:18 AM By: Dawson Creek Mirror Staff 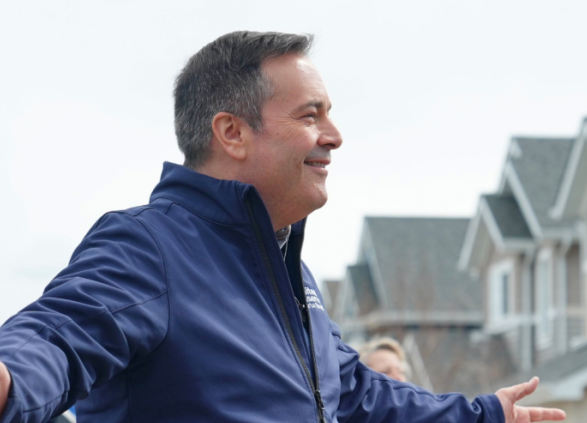 Any company exporting petroleum products from Alberta will be required to have a license and if they don't - Jason Kenney says the province will fine you $10 million per day for contravening their new Preserving Canada’s Economic Prosperity Act.

Newly-elected Alberta premier Jason Kenney made the announcment this morning, claming the new government is standing up for Alberta, protecting the value of energy exports and getting a fair deal for Albertans.

"Alberta is serious about sending a message to those who wage a campaign of obstruction against our vital resources. We want to work with other jurisdictions, like British Columbia, to find areas of common ground, but everybody should be aware that we will use every option available to defend Alberta, our economy, our resources and our people. While the proclamation does not constitute an immediate reduction of shipments, it shows we mean business when protecting Canada’s economic interests," said Kenney.

The newly sworn-in government’s first order of business, as promised, was proclaiming Preserving Canada’s Economic Prosperity Act, which gives Alberta powers to restrict the export of natural gas, crude oil and refined fuels across its borders to ensure maximum value of these resources for Albertans and to help manage the lack of pipeline capacity.

“This is not a mechanism to punish others. It’s a tool to protect Alberta. Alberta’s prosperity fuels Canada’s prosperity. It’s in every province and territory’s interest that we get these products to market. Without proper access to world markets and prices, Canada continues to lose billions of dollars," added Sonya Savage, Minister of Energy.

By increasing the amount of pipeline capacity for diluted bitumen, Alberta can help increase the price it will gain, resulting in more revenue for industry and government.