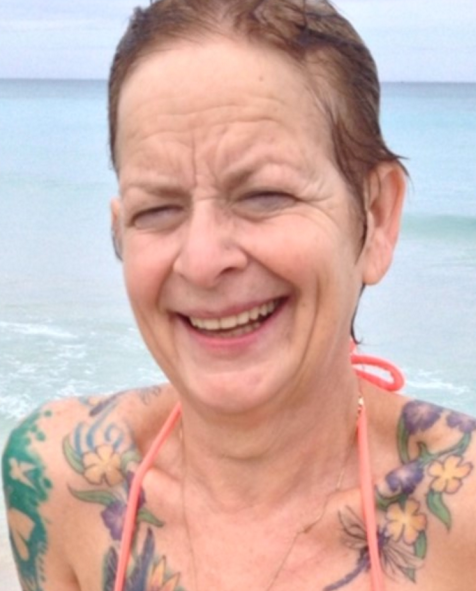 Beki feels that who ever hit Connie that morning must be carrying a tremendous amount of guilt.

Connie Jones, was struck and killed by a vehicle while walking to work the morning of March 6, 2016.  It’s believed to be a tragic accident, not a purposeful act, so it’s unclear why the person driving the vehicle that hit her that morning didn’t stop to help her or make any attempts to call 911.

Learning to cope as they go along, saying that Connie’s family miss her dearly would be an understatement.  Birthdays, Christmases, the birth of a new grandchild Mila - all just some of many holidays and events that Connie’s absence is heartbreakingly felt. For Mike, it’s especially hard to see his children grow up with out his mom in their lives.  Knowing she is not around to watch them grow.  Knowing she never got to meet their youngest daughter.  Losing their grandmother so suddenly and with the way she was taken, “made the kids stronger and mature a little quicker”, Mike says. The ways this has affected them is countless. They are missing out on so much she had to offer, including life lessons and stories she could have passed down. As for Mike, he’s left without his mother.  He’s left without his person to call when he needs to talk, to tell about life events, or when he needs advice.  She was very much needed in his life, and now there is a space there.

She had dreams and plans, like us all.  She was eventually going to move out of town with Mike, Tamara and the kids.  She wanted to continue to travel and see the world.  She wanted to watch her grandchildren grow.  She wanted to be there for Beki and her kids.

When it comes to what happened, Mike believes it was an accident. His message he would like to pass along is not just for the driver of the vehicle, but to everyone in general.  “Everyone makes mistakes, but when they happen it’s important to own up to them.  To step up and take responsibility.”

As for Beki and her family, the loss of Connie has left an almost unbearable hole in their lives as well.  After the accident, the house empty and hollow with out her.  Constant reminders of Connie’s absence plaguing them.  The dogs, particularly Rascal, not understanding where she went would sit outside her room and cry for her.  The yellow roses by the step they once enjoyed their morning coffees, never the same again.  Beki finds herself noticing things that she might not have given much thought to before.  Like when she sees someone walking in the dark, and notices they aren’t visible enough, she stops to give them lights for their shoes.  Ones that ironically belonged to Connie, that were later found tucked away in a closet.  It’s nice for me as a writer, as a person, to think that one tragedy was not in vain, and perhaps Beki’s diligence has prevented another tragedy.

If a beautiful ending can come of such a tragic event, it might be in the butterfly.  A favorite of Connie’s that flutters by family members reminding them of her and the beauty she saw in the world. Or, perhaps it would be that Connie’s ashes were given to close family members, spread little by little over their travels, giving Connie a chance to travel the world she so dreamed of one day exploring.

If you have information regarding the case of Connie Jones, please contact Dawson Creek RCMP or to remain anonymous, call Crime Stoppers at 1-800-222-8477 (TIPS).

Do you have a local unsolved cold case?  E-mail writingamy@outlook.com