The hoarfrost was heavy on the willow...

The hoarfrost was heavy on the willow trees and there was a skiff of snow on the ice surface. The scene was heavenly: My 8-year-old brain imagined gliding on the pond in my cute leotard and matching skirt.
Nov 6, 2019 7:13 AM By: Judy Kucharuk 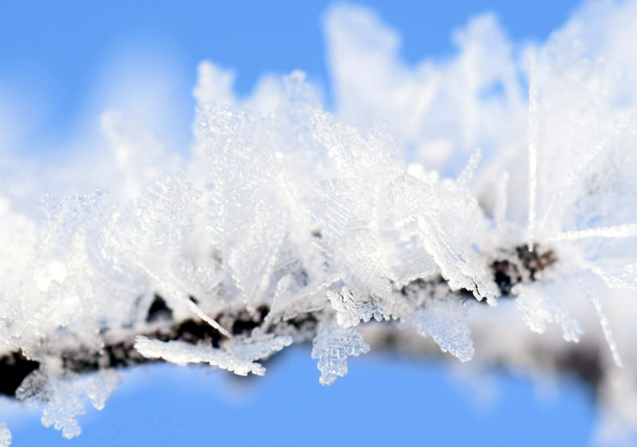 The first steps sound like a ‘clack-clack’ as we literally walked along the surface. In hindsight, it might have helped if we had our skates sharpened.

The hoarfrost was heavy on the willow trees and there was a skiff of snow on the ice surface. The scene was heavenly: My 8-year-old brain imagined gliding on the pond in my cute leotard and matching skirt. My hands would be covered in bright red gloves and my head would be bare, my long ponytail snapping around my face as I twirled.

This was the skating pond of my childhood - A small indentation in the earth that was filled each year by rain and conveniently located amongst the willow trees directly across from our home.

My skates were white and the laces were as long as both of my arms stacked end on end. After wrapping each of those white laces in the skating boot clasps, there seemed to be an extra foot of lace that I had to find a home for so that I didn’t trip. That extra foot of cotton skate-lace would be wrapped around and around the top of the boot and then tied with a bow. If I had a dollar for every time that lace slipped from the knot and wrapped itself around the bottom of my skate – I would be rich!

I had no fancy figure skating leotard, but I did have a skidoo suit that zipped from ankle to collarbone. My hands were not covered in adorable red gloves; instead they were clad in skidoo mittens that came up to my elbow. My hair was shorn in a style that could only be described as ‘orange bowl from top shelf in kitchen’ – there was certainly no long ponytail.

Lacking a bench, we sat in a snow-bank to put on our skates. We could have donned them in the warmth of the back entrance of our house, but that would have meant walking the distance from the house to the pond while wearing our skates.

My sister Jessie and I would quickly lace up and use one another for balance as we got up from the snow-bank and prepared to take to the ice.

The first steps sound like a ‘clack-clack’ as we literally walked along the surface. In hindsight, it might have helped if we had our skates sharpened.

The first attempted glide was not without drama. You see, before the pond hardened into ice, there had been willow branches and leaves lurked on the surface. Those same branches and leaves were now cemented into the ice creating uncomfortable interruptions for the would-be skater. I soared across the surface as only an 8 year old in a skidoo suit and dull skates could soar! BAM! I hit the first batch of leaves and stumbled, catching myself from falling. Proud of my recovery and pre-occupied with the music playing in my head that only I could hear, I propelled myself forward in a glide. BAM! I hit the willow branch and pitched forward into the snow-bank, my puffy skidoo suit softening the landing.

Jessie laughed at me in a schadenfreude way that only an older sister could laugh at a younger sibling. Her laugh was interrupted when she hit the same willow branch and suddenly found herself beside me in the snow-bank.

Two farm-girl sisters, having fun on a snowy winter afternoon. We did not care that our skates were not sharp or that they were an extra size larger because, “Skates are expensive and your feet are growing and I don’t want to have to buy these again next year” had been mentioned.

Judy Kucharuk is a big fan of Stephen King.