Opinion: Baby steps on the way back to normal

Getting back to normal after 17 months of varying pandemic restrictions amounts to a giant leap for most people.
Jun 15, 2021 11:01 AM By: Les Leyne 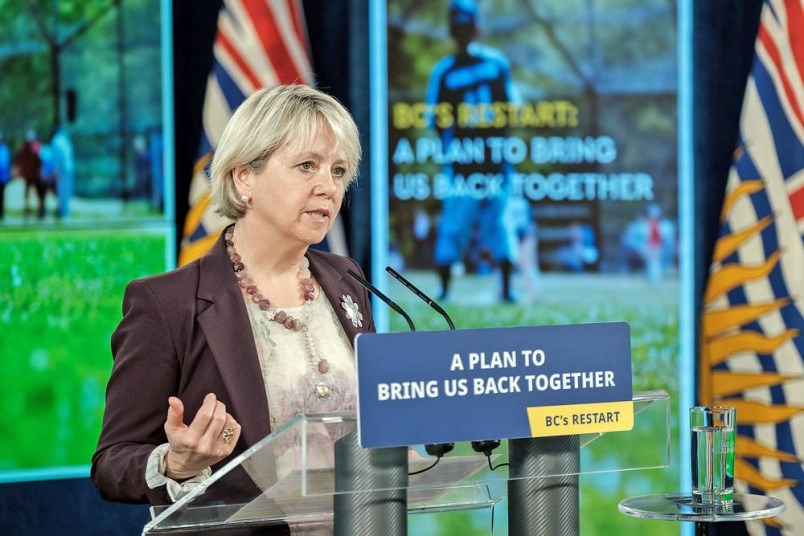 Getting back to normal after 17 months of varying pandemic restrictions amounts to a giant leap for most people.

Just walking a grocery aisle whichever direction you want will feel unusual, let alone hanging out in crowds and dining out wherever you want.

So B.C. is trying to get there in baby steps, which is why no one is hollering “let freedom ring” this morning. The gradual four-step plan is probably as much to help people get used to acting normally again as it is to buy time to gauge any upticks in COVID-19 metrics.

The biggest change as B.C. enters “step two” today is the lifting of the hard ban on non-essential travel within B.C. The BC Ferries website collapsed within minutes of that announcement due to an instant surge in bookings.

That’s a strong clue about what broader travel will look like for the next year or more. Pent-up demand is likely going to crush every sector of that industry.

The other specific changes are relatively minor. The new limit for most public and or outdoor gatherings is 50. Bars can stay open until midnight. Banquet halls and theatres can step up or resume operations.

But as Monday’s advisory notes: “All other capacity limits and guidelines stay in place” unless noted otherwise. That includes the advisory against inter-provincial travel and a five-person limit on personal indoor gatherings.

Still, moving into “step two” is good news. The government was bent on capitalizing on it, so it took no fewer than four cabinet ministers, including Premier John Horgan, to announce the incremental change.

He said the government is taking the tentative steps in a way that “brings everybody along.”

“There are still people that are anxious about reopening; they’re concerned about the impact of too fast a return to normal,” he said.

Step two is tentative based on monitoring the case count, hospitalizations and immunization rate, all of which are trending well. The immunization rate stands at 76 per cent of all adults, but the percentage of adults who have had the required two doses is just over 10 per cent.

Any sudden surge in cases of the more virulent strains of COVID-19 could bend the trend in the wrong direction and change the restart plans.

It’s worth remembering the step two regime is essentially what was in place last summer, before subsequent surges of the virus derailed that first restart plan.

Provincial health officer Dr. Bonnie Henry looked ahead at the cruise ship issue, about which Horgan has been criticized for neglecting and misreading.

The ships could eventually start sailing past B.C. ports after the U.S. dropped the need for a Canadian stop because the ports are closed to them until February, 2022.

Henry is part of a Canada-U.S. group discussing when the ships can return to B.C. She said it depends on strict guidance from the U.S. Centre for Disease Control.

“We do know that shared accommodations and particularly elderly people, which we tend to see among people who take cruises — it can be a risky environment. We’ve seen that in long-term care homes.”

Horgan said a lot of staff work is going on between B.C. and Ottawa about the ships and Prime Minister Justin Trudeau is convening premiers Thursday to talk about how to re-open the borders.

Opposition B.C. Liberals later attacked his handling of the cruise ship controversy. During several heated exchanges in the legislature the Opposition said when they filed federal freedom of information requests for any B.C. correspondence about the issue, they got back nothing.

“There isn’t a single record of any contact between his office, his government and those federal authorities that he insists are responsible for this,” said Liberal MLA Mike de Jong.

Facing demands to do something, he said it is out of his control. “There are no cruise ships going up and down the coast of North America today, and there won’t be for the foreseeable future.”