The catastrophising of the Canadian mind – would that it was only the Canadian mind but the phenomenon is sweeping the world liked a plague, infecting the populace with the product of low-resolution thinking while sucking the meat off our emotional b
Nov 6, 2019 7:18 AM By: Merlin Nichols 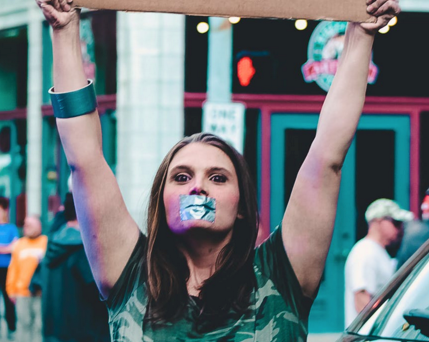 Where is the student leader with the moral fabric to say to her eager followers, “Meet me here at the mall at nine o’clock on Sunday morning and we will storm the climate-change Bastille? But let’s not cut classes; we’ll prove our dedication on our own time.”

The catastrophising of the Canadian mind – would that it was only the Canadian mind but the phenomenon is sweeping the world liked a plague, infecting the populace with the product of low-resolution thinking while sucking the meat off our emotional bones and creating a whole new illness called ecomania.

Why is it that I have to go to the USA or Australia to get an alternative opinion on the climate-change certainties that seem to have swept the Canadian media? Or is it just our national radio and TV that has bought the idea without question and is reselling it at enormous profit? This is censorship of the most sinister kind.

I would like to think that the climate-change frenzy that has swept Canada in the last few weeks was not timed to coincide with the Canadian Federal election but I would be utterly naive to think so. Revenue Canada has regulations governing the funding of advertising during elections. Good; we need those rules. But apparently there is no rule to prohibit a young girl with a foreign address from peddling her wares publicly during our attempt to come to rational terms with our political future. Certainly her passionately delivered message will mold the thinking of many otherwise-intelligent voters.

And let’s not all be as naive as our national media appear to be. This child is not here on her own loony or with her own message. There is a whole superstructure behind her, supplying her with the funds to travel and the word-by-words to say. Without her scripted message in front of her she stumbles and has nothing to say – literally nothing; she’s speechless.

Furthermore, it is disgraceful, even criminal, to send her out, a child, as a lamb among wolves to be slaughtered by reporters asking a few questions for which she has no scripted reply. I witnessed this on a foreign network and it wasn’t nice. Would you let your child go out alone to face certain emotional destruction? Watch these same reporters go after a mature politician like a president. It can be brutal. Then repent and bring your kid home for some emotional TLC.

As for the impact of her presence in Canada, according to the Canadian media reports that are available in the West, the whole nation is panting after her. From the Prime Minister (present) and the other candidates vying for election to the students striking in protest against alleged climate change to the reporters following every word she says, it would seem that Canada has been taken (for a ride), swept clean of all Thomases, you know, the doubting kind.

Not so; we are still here. It’s not that we take pride in doubting or that we revel in ignorance; it’s that we deplore the dearth of alternative opinion. We want to make up our own minds like intelligent people should. We resent the intellectual trivia of the media and the refrain that “everybody knows.” It seems that we are deliberately being kept in the dark with respect to the total science available on the topic. And this is wrong, deplorable, evil, ultimately counterproductive.

I can search out and find that science and I am sufficiently literate to read, understand, accept, or discard. Sadly, I have come to doubt the capacity of Canada’s leaders, including those who control the content of our national broadcasting, to do the same.

Where is the leader with the moral fabric to stand up to the clamor and say to the striking students, “Go back to your classrooms and apply your minds to learning?” Where is the student leader with the moral fabric to say to her eager followers, “Meet me here at the mall at nine o’clock on Sunday morning and we will storm the climate-change Bastille? But let’s not cut classes; we’ll prove our dedication on our own time.”

As for catastrophising the Canadian mind, if that was the goal of the elements behind the visit of the little emissary of doom, the plan appears to be working. Across the nation children are presenting symptoms of emotional stress unlike anything seen to date. They are questioning their futures. What is the point of going to school, of learning a skill; what’s the point of anything? I’ll be dead before I get a chance really to grow up.

Teachers, leaders, you who planned, supported, encouraged, facilitated the strike and the on-going hysteria, is this what you want? Did you think this far ahead? Or are you, too, naive followers of you know not what?

The catastrophe that is looming over Canada right now will not be caused by climate change. The climate may change but the change won’t be anthropogenic (human caused). It is social upheaval that we have to guard against at this point in our short history. We don’t need any interference from foreign activists, the UN, or any other interest. We have enough of our own home-grown issues to occupy our attention during this election and into the coming months.

By the way, the Ancients advise us to “remove falsehood and lies far from us.”