NICHOLS: the meaning of the snow

The night is dark, so dark the forest around seems peopled by invisible wraiths of nothingness; the night is silent.
Mar 28, 2021 9:50 AM By: Merlin Nichols 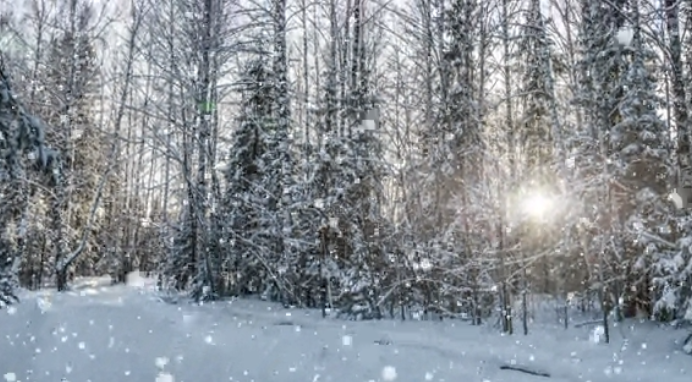 Straight up and a mile north a slash of white gleams through the dark night in the reflected light of the town behind me. I look at it as if for the first time though I had seen it countless times. Snow on the mountainside. White in the night. I am tantalized by the meaning of the scene.

What am I seeing? Why should the sight of snow in the night affect me so? White, untracked snow blanketing the grey-brown of earth as it waits for spring to waft up from the balmy south bringing crocuses, leaf buds, and robins on the wing – there is a meaning more profound than comes quickly to mind.

Around me in the light of day the blanket of snow lies deep on the flats showing little dimples around dry wisps of grass. Here and there it reveals the passage of life. A pair of moose bedded there in the night; countless whitetails crisscrossed the expanse, and here and there is revealed the spoor of other creatures: grouse, red squirrels, a weasel on the hunt.

Hanging brilliant with snow, trees, like fairy queens dancing in the long light of the winter sun spread their magic on all sides. And through it all the joyful little birds of winter share life, laughter, and a special reminder of the snow – it is beautiful. Beautiful like the Creator.

Right at my feet the evidence lies white, deep, cool, serene, concealing the flaws of a world in distress. Giving promise of redemption, promise of life, promise of renewal, it lies in silence.

Through the woods following the trail crunched into the snow by webbed feet, the silence of eternity embraces. Eternity! Is that what the snow is about? Do I see eternity in the falling flakes? Do I experience eternity in the cool of the snow on my face in the dark of the night?

The night is dark, so dark the forest around seems peopled by invisible wraiths of nothingness; the night is silent, so silent the slightest sound is amplified. And then I hear it. Or do I merely sense it! What? I don’t know; but now I do hear it! Padded footsteps drawing nearer? Padded footsteps in the snow? Scrunching menacingly? Squeaking paddingly in the darkness?

Ah, now I know, with ears adjusted to the snow. That is it and nothing more. Snow, purely snow, falling softly in the night, landing whitely on my winter coat. Nothing menacing; nothing dangerous. Just tiny crystals, like us each one unique, no two alike, to build a blanket deep and white.

I guess that is how we understand the meaning of the snow. It’s a blanket pure and white that falls softly day or night to cover flaws and blemishes. And so, our sins all red and gooey that show so shockingly to passersby, that embarrass, annoy, and shame, the Creator promises to make whiter than snow and that with no mere blanket that gets blown off in wind or sullied and dirtied by careless feet.

Though your sins are as scarlet they shall be as white as snow! Amen.