KUCHARUK: eager beavers and then some 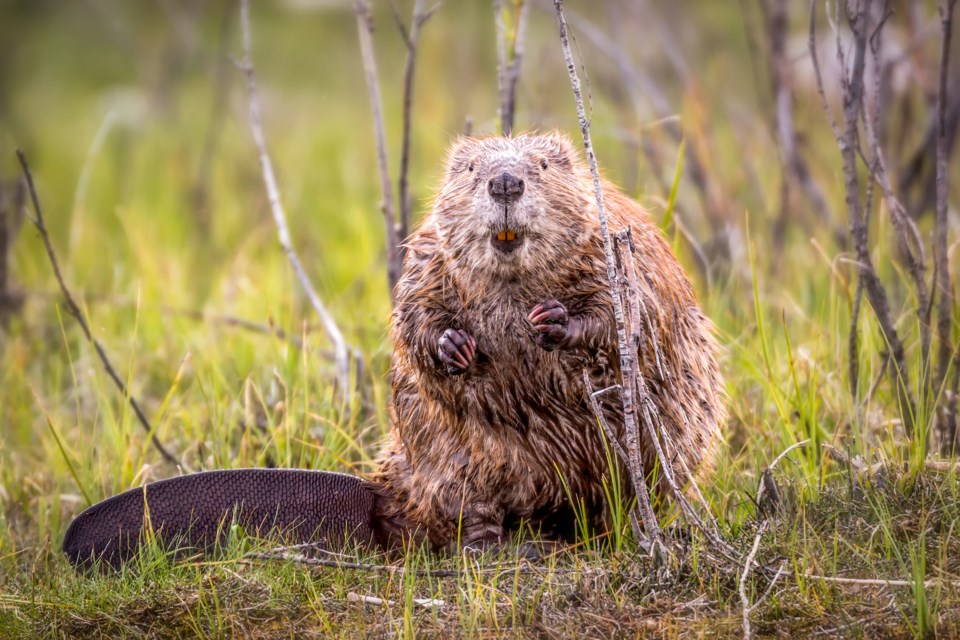 Fred, the busy beaver looks over at Cousin Ted and asks, “Are you finding this tree difficult to chew?”

Ted looks down at this little arms, attached to little paws with claws and takes a good look at the ‘tree’ he is chewing and responds, “It tastes... fibrous. Not a lot of flavour.”

Fred, Ted, and now Ed, continue to chew on the branch oblivious to the fact that they are not chewing on a tree, but a TELUS cable. Disaster is about to strike!

Meanwhile, in the picturesque Northern British Columbia community of Tumbler Ridge, the Smith family is gathered around the television to watch Thunderforce on Netflix. Popcorn has been popped, soft drinks have been poured for the littles, and a nice cold beer is being tipped by Mrs. Smith, who is happy to take a break from her Zoom call.

“Honestly, that Zoom call could have been an email,” she mutters as she settles into the pillows on the sofa.

Unbeknownst to Mrs. Smith, at that very same moment, Fred bites down on the TELUS cable.

A ‘pop!’ could be heard in the backcountry.

“Did someone sit on the remote!?” whined the youngest Smith.

“Who has the remote!” screamed Mrs. Smith as she reared up from the comfort of the couch throw pillow with such force that she spilled her IPA.

While the eldest Smith frantically fought with the buttons on the remote, Mrs. Smith instructed the others, “Someone check the router!”

“The internet is not working!”

“Call next door and see if their internet is down.”

Oh, my goodness! Was the system attacked by an army of luddites? How far wide is the outage? Mother of Pearl! Who had attacked our internet capabilities? Are we under attack by a foreign country?

We had been attacked by the ultimate Canadian Hacker – the Beaver.

This Heritage Moment brought to you by… Cue music.