KUCHARUK: causing all of the ‘itis’ in my gut 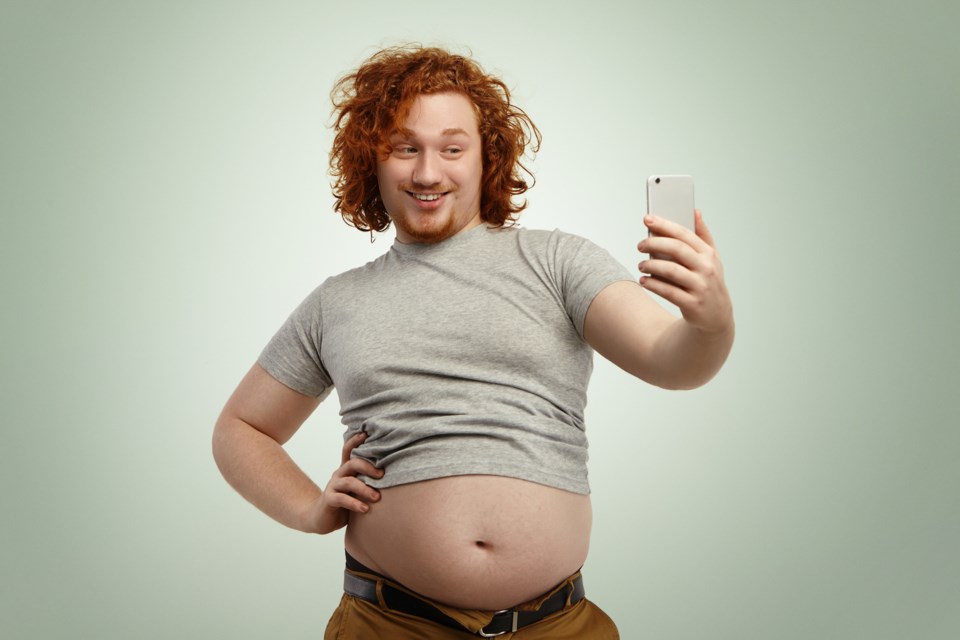 “And then the pancreas said, oh yeah? Hold my beer” I said, laughing.

“Wait! Back up a bit Judy, they need to know the whole story. Speak slowly and use your words and explain exactly what happened”.

Mother’s Day 2021 was like most other Sundays. Get up, drink my coffee liberally flavoured with milk, and take a couple of Advil for the nagging backache that had been plaguing me for the past week. What is it with this backache? It is the darn mattress? Also, why the heck am I so bloated? Must be the silly menopause – the hot flashes stop and something else steps in to take its place!

I spend the day with family and then finish off the evening with a barbeque. I am not hungry, but I eat a bit and take two more Advil for the backache.

Next morning – GAH! The backache is worse and is doubling down with the bloated tummy. The area below the middle of my chest is puffed up like a yeast risen pastry and there are noises coming from my digestive track that spell trouble. I cannot go to work like that! Take two more Advil and set out to enjoy a pajama Monday catching up with my favourite Netflix series.

The discomfort, backache and bloating were not going away. In fact, they were getting worse. I started to Google my symptoms. Was I having a heart attack?

Finally, I said to hubby, “Methinks I should go to hospital”.

Immediately they ruled out heart attack, but to be sure and because I was in so much pain, they ran some lab tests.

The E.R. doc and nurse came into my area with a couple of bags of clear liquid and a worried expression. Then the doc explained my situation. “It looks like pancreatitis, but we will do a CT in the morning. We are going to keep you in, give fluids, antibiotics and pain medication”.

Bloating, backache, et al was my gut saying, “Something is wrong here people!”

The pain medicine was ‘ahhhhhmazing’ and finally I was getting a wee bit of relief or maybe it was because the morphine rendered me useless. Whatever the case, I was shocked and relieved at the diagnosis. You mean I wasn’t supposed to be bloated and uncomfortable? Oh, and the Advil? Probably not the best pain reliever of choice, but who knew?

After a sleepless night, I had my CT and my diagnosis was evident. Diverticulitis that got out of control, causing all of the ‘itis’ in my gut and so finally my pancreas said, “Oh yeah? Hold my beer!”

Did I mention my low blood pressure? No? Apparently, my blood pressure decided to get low enough that my nurse became concerned. Stay a little longer until we can see that improve, mmmkay?

I was released into the care of my daughter, who drove me home and stayed with me. She even got me a bowl to throw up in – now that is love!

A couple of weeks later and I could finally start eating something vaguely resembling food, but….no dairy, no wheat, no gluten, etc.

I have become ‘that’ person now. The person that asks her server if they have dairy free milk or gluten free bread. For the record, oat milk is disgusting and rice milk…. why bother?

Gluten free bread can be toasted for 15 minutes and still looks like you just took it out of the plastic bag, and gluten free pasta is strange.

On the plus side I have lost a wee bit of weight.

Oh! and did I mention that during all of my ‘itis’ my father passed away? Yup – that’s right! That is a column for another day.

Opinion: 'I'm not talking about it anymore,' agriculture minister says of ALR intervention
Jun 9, 2021 11:26 AM
Comments