KUCHARUK: all on board for a Final Destination 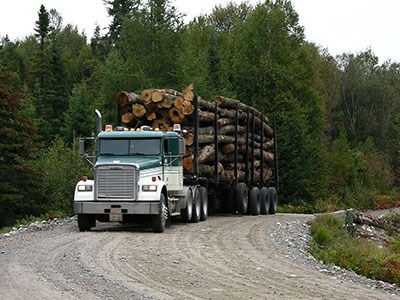 Truck on the roll.

Have you ever watched the movie Final Destination?

Specifically, the first in the series that sets the premise for the future movie plot.

Grab some popcorn, here is a quick recap for those who have not watched: A teenager cheats death by having a premonition of an aircraft crash and manages to save himself and others by getting them off the aircraft before it takes off. The plane does crash but he and his friends were safe because he had the premonition…. blah, blah, blah.

But then…. fate takes its course and everyone who managed to cheat death on the aircraft ends up dying in various and sundry situations. Why am I babbling on like we are having a water cooler chat on a Monday morning? Well, I had a weekend that seemed like Final Destination without the premonition. I am going to pick some theme music for this story. Pretend that the theme from Driving Miss Daisy is playing quietly in the background while you read. Driving down the highway, Hubby and I, minding our own business.

Hubby manages to gain control of our vehicle, slow down and we Bam/Thunk/Clink/Clank/Shazam to the side of the highway. What on earth? In retrospect, we must have made contact with something on the highway when we diverted onto the shoulder to miss the oncoming pickup. That ‘thing’ obviously damaged the integrity of the tire and as a result, we had a tire tear apart which tore off the front bumper and running board and dented the fender wall. Thankfully, we had three cars stop immediately and ask if we required assistance.

I cannot imagine what that tow truck driver must endure each day when he must maneuver his truck into place for a highway tow. Or what about First Responders, i.e., RCMP, Ambulance and Fire Department who are out there doing their job and must also worry that someone is going to crash into them because they were not paying attention. Arriving home, I felt like we cheated death twice. Thankfully, luck and/or fate was on our side that day.