I definitely remember where I was when I got the news that night
Apr 6, 2021 4:52 PM By: Dillon Giancola 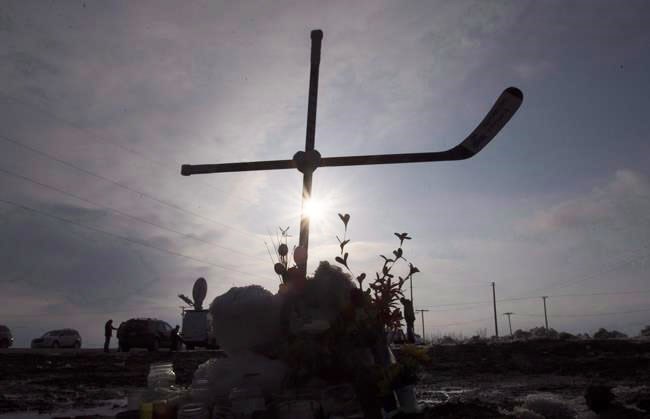 Today marks the three-year anniversary of the Humboldt Broncos bus crash that took the lives of 16 people, and changed those who survived the crash, the families of those involved, and the community of Humboldt forever. That's not to mention the impact it had on the hockey community at large.

It was jarring to realize it's already been three years since that awful tragedy. That's because, in many ways, it still feels fresh in our minds. You don't have to look too hard in Fort St. John to find "Humboldt Strong" stickers in car windshields and back bumpers, or even the odd sticker or poster near family's doorways. That it still feels so raw and recent is a testament to how heavily the impact was felt across Canada, but also in Fort St. John and the B.C. Peace Country.

I definitely remember where I was when I got the news that night. I was playing games with some friends when I got the text, and was instantly transported from that house to some other place, thinking of how I had just been on the bus with the Fort St. John Huskies less than two weeks earlier when they won the NWJHL championship. The day before that ride, the team bus got a flat tire and had a leak on the way to Peace River, and we had to turn back home. I never once felt unsafe, but it's not hard to picture yourself in that scenario and feel the pain and loss that would coincide as a result, and that did on April 6, 2018.

Huskies GM Jeremy Clothier shared a post on Facebook today honouring everyone who was affected. Clothier was friend's with Broncos coach Darcy Haugan, who was killed in the accident. Haugan and Clothier crossed paths many times when Haugan was coach and GM of the North Peace Navigators in Peace River, and Haugan has family from Fort St. John.

"It doesn't seem that long ago at all. Especially, when you knew someone who was involved, it's always on your mind and still hits close to home," said Clothier. "Every time I get on the bus — even though I still think this is the safest way for teams to travel to games — I think about it and remember it."

Clothier said he was recently scrolling through his phone and saw Haugan in his contact list. He checked his text conversation with Haugan and saw that he had last sent a text to the coach the day of the crash, three hours before the accident.

"I told him to give me a call, I wanted to wish him good luck," Clothier said.

No matter how many years go by, the Humboldt Broncos bus crash will always feel fresh in our minds. There might not have been any team bus rides this year, but there will be plenty more in the years to come. Minor, junior, and senior hockey teams will always travel to games via bus, and thus, the tragedy will always linger and serve as a reminder of what was lost in the name of playing the game we all love so dearly.

"It was a certainly tragic event in the hockey world. Thousands of hockey players travel millions of kilometres every year, the vast majority without incident," said Fort St. John Senior Flyers President Paul van Nostrand, noting he and the Flyers look forward to a time when they'll be able to get back on the bus to go play another game.

The past year really puts the tragedy in an interesting light. In dealing with a pandemic that has made it so difficult to play sports, we all wish more than anything that we could be with our teammates this year on the road to another game.

When that time comes, the joy and the excitement of getting to compete again will be front and centre, but so will the memory of what happened on April 6, no matter how many years have passed.