A holiday travel sequence from the Far Side of the World

Christmas is always a special time of year for the family to come together and celebrate their love for one another with food, drink, presents, and activities.
Dec 23, 2018 10:59 AM By: Jase Wilson 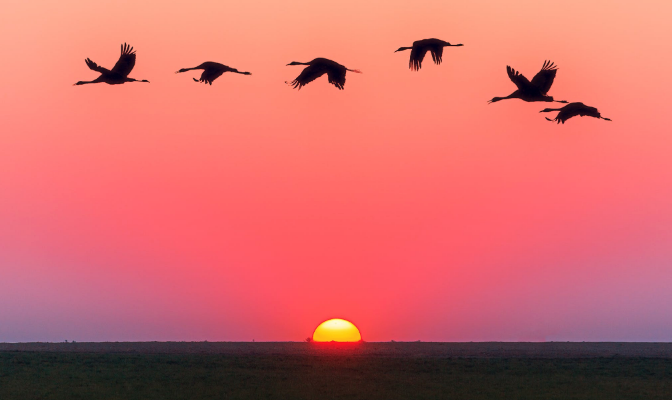 Wherever you are, and whatever your plans are, I wish you the most merry of Christmas, from the far side of the world.

Christmas is always a special time of year for the family to come together and celebrate their love for one another with food, drink, presents, and activities. But alas, this isn’t always possible for the shipwrecked traveler who, for better or worse, has exonerated themselves from any gift buying responsibilities. I mean, after all, money is tight, and time is tighter! Over the years I have had numerous Christmas’s abroad, and now I will share a few with you.

In Kenya in 2007 with a crude bunch of English rock climbers, we set off Christmas firecrackers (as is tradition for the English apparently) while staying at a public campsite. We had the fantastic idea that these should all be duct taped together for maximal explosive potential. What we did not predict, however, was the arrival of armed military guards minutes later “WHO IS YOUR LEADER!? WE NEED TO SPEAK TO YOUR LEADER!” Luckily, our leader was a pretty little English lass named Em, who was able to charm them with her good looks. Just a few days later, Kenya erupted into political violence over election results. We had not idea of the tensions, oblivious as tourists often are. Our firecrackers were for us just something fun, while for those who were aware, and fearful of the potential violence; they thought our firecrackers were something much worse. The election was between Raleigh O’Dinga, and Joseph Kubaki--the winner Kubaki is Kikuyu which is Kenya’s largest and most dominant ethnic group. His win was contested and those with less power violently lashed out against the entrenched status quo. Tourists thankfully were not targeted. I remember afterwards, a bleary eyed New Years eve in Nairobi, discussing politics with a Kubaki supporter in an underground bar in God only knows what corner of the city. The pictures from that night, I did not see until eight years later!

Turkey, 2015. This was my first and only Christmas in a Muslim country. I loved it! Whether Christmas or not, the call to prayer rings off every day, and it is impossible not to feel really far away from everything you know. I love these moments, when you really feel as though you are on a different planet, contemplating alternative world views. I spent the night playing chess against a young Danish hot shot, my first time in 15 years. I surprised both of us in our first game by blindsiding him with a come-from-behind checkmate. I was staying in a German owned campsite, in the mountainous hills just outside of Antalya, close to the ancient ruins of Trebana. We ate copious amounts of Gözleme, a delicious type of Turkish bread which is basically a thin calzone stuffed with feta and spinach. Later I would spend the New Year in Istanbul, wandering solo around the largest city in Europe, racing in and out of markets, mosques, and eating my body weight in fish cakes.

I used to date this girl who also thought that living out of a van, while traveling around the USA, wasn’t such a strange thing after all! We had an old Chevy Venture Van, certainly nothing flashy, but we could put curtains over the windows, and a small bed in the back. We drove through Washington State, Oregon, Nevada, and eventually spent the winter of 2012 in California. Christmas was spent in a town called Bishop, in the Eastern Sierras, a place with high mountains, stunning scenery, and roughneck cowboys who called us climbers ‘rock lickers’. Sure, we were strange to them, living on the cheap out of our makeshift mobile home, doing nothing but mountain sports every day. Christmas day, Steffi and I decided for a change, to head up to a stunning set of hot springs in the mountains. When we arrived at the small pool, a couple was video taping themselves making love, so we decided to move on the to the next! I can’t say I blame them, the place after all has its charms. We cosied up that evening, just two squirrels in a little wanna-be camper van, completely alone under the stars surrounded by the dark jagged edges of the peaks which encircled us. Life on the road can indeed be simple, and bliss.

I could tell you more, but there is little space. I could tell you of the time I camped on a small island beach in Vietnam with some friends, many of whom had their tents submerged by the incoming tide--the epitome of rookie mistakes! Or I could tell you about the year I was in southern Spain with a girl who I would have done anything for, including getting a job! There was the year that I celebrated Christmas in a small, idle homestay in the hills just outside Kathmandu, drinking whisky with Nepali strangers and eating Dhal Bhat (a curry and rice dish) with our hands as the Nepalis usually do. Yes, I could tell you all this, but the stories could go on for too long!

This year, yet again, I will be alone. Living abroad always has its complications, one of which is passport renewals. So, while my passport is being renewed, I will be relegated to the UK, unable to move across borders, that simple, yet greatest luxury I can think of. The plan? Well, I reckon Scotland needs a good dosage of Canada, or maybe I need a good dosage of Scotland? No idea, but it’s one of the few places in the UK where one can ski, climb mountains, and fiercely dance with a partner in a Cèilidh (pronounced like Caley). You may want to google what a Cèilidh is--I’d say it’s like Scotland’s version of a good old fashion country and western barn dance!

Wherever you are, and whatever your plans are, I wish you the most merry of Christmas’s, from the far side of the world.