Rolling back progress for women should not be COVID-19's legacy: Trudeau

OTTAWA — A rollback of the progress women have made can't be a legacy of the COVID-19 pandemic, Prime Minister Justin Trudeau said Monday as he virtually addressed an annual event aimed at getting more women's voices heard by, and in, the House of Co
Mar 8, 2021 12:13 PM By: Canadian Press 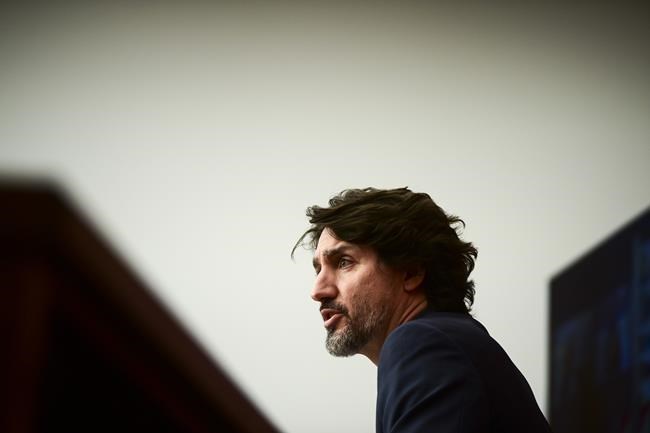 OTTAWA — A rollback of the progress women have made can't be a legacy of the COVID-19 pandemic, Prime Minister Justin Trudeau said Monday as he virtually addressed an annual event aimed at getting more women's voices heard by, and in, the House of Commons.

Trudeau noted the pandemic's toll on women, many leaving the workforce at a higher rate than men, and often taking on the greater share of caring for kids at home.

"Of course, I don't have to tell you that, you're living it," Trudeau said to the delegates of the annual Daughters of the Vote event.

Women's voices shouldn't just be heard on the economic recovery from the pandemic but also on fighting systemic racism, climate change and gender-based violence, Trudeau said.

More also needs to be done to lift up women who are Indigenous, Black, or women of colour, he said.

"We are all stronger for the leadership of women and people of every gender identity," Trudeau said.

"There's no doubt, when you add women, you change politics and you change it for the better."

Conservatives Leader Erin O'Toole said women bring a wealth of bold new ideas and a desire to build a better nation for themselves and for the generations that follow.

"I believe that we need more women involved in every level of Canadian politics and that together we can overcome the challenges facing our country and secure future for all Canadians," he said.

The delegates also heard from NDP Leader Jagmeet Singh. In 2019 he received a standing ovation in an event marked by tension over Trudeau's ejection of a senior female cabinet minister and then-Conservative leader Andrew Scheer's stance on some social issues.

The annual Daughters of the Vote program began in 2017 to mark the 100th anniversary of some women in Canada being given the right to vote.

It's organized by Equal Voice, and brings 338 female delegates representing every federal riding in Canada to the House of Commons for several days of political action, education and advocacy.

White House to maintain travel restrictions as Delta ravages unvaccinated Americans
Jul 26, 2021 10:10 AM
Feds on track to have enough doses of COVID-19 vaccine for eligible Canadians
Jul 26, 2021 9:33 AM
Comments