QUEBEC — The excrement that is flushed away in Canadian toilets each day is in fact the world's "most underrated, limitless resource," says the creator of a new museum exhibit that delves into one of humankind's messiest subjects.
Jun 16, 2021 4:01 PM By: Canadian Press 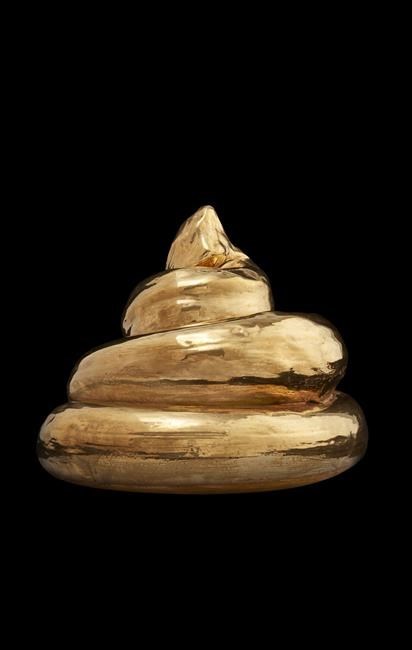 QUEBEC — The excrement that is flushed away in Canadian toilets each day is in fact the world's "most underrated, limitless resource," says the creator of a new museum exhibit that delves into one of humankind's messiest subjects.

Coline Niess of the Musée de la civilisation in Quebec City says the upcoming exhibit titled "Oh Shit!" will explore all the facets of human waste — and that it's not a laughing matter.

"Yes, there’s humour when you talk about it, but it’s not only about laughing and everything when we talk about poop" she said in a phone interview Wednesday. "It’s a very large and important subject."

She said the exhibition, which opens at the provincially funded museum Thursday, will explore humans' complex relationship with excrement, the challenges of waste management and the health problems caused by poor sanitation around the world, and the opportunities to recycle waste.

In particular, it delves into the environmental and social issues surrounding waste, and how best to address them, she said.

"We wanted to explain the different crises through the world about the management of water, about pathologies, and inequality of people, women, children," she said.

She said North Americans often take access to safe and clean sanitation facilities for granted. That's not true in many parts of the world, where cholera, an illness linked to poor sanitation, is still a leading cause of infant mortality, she said.

Niess acknowledged that most people's instinct is to either laugh or change the subject when excrement is discussed, but it wasn't always that way. In previous centuries, people used communal toilets and used to discuss waste regularly, she said. In fact, she said, the standard French greeting "Comment ça va?" ("How's it going" in English) is believed to have originally referred to bowel movements.

Niess said the exhibition does include humour, which is balanced with more serious subjects. It will also have interactive elements, including video games on fecal-matter management, excrement-themed art and a recreation of a collective toilet from Roman antiquity, complete with cleaning sticks.

But the exhibit will ultimately explore the potential uses of human waste as a sustainable resource to preserve the planet's future, Niess said.

She said organizers hope to get people to ask themselves questions, such as why people defecate into water-filled toilets when many people around the world don't have access to safe drinking water.

She said North America is also behind many parts of the world, including Europe, India and Africa, when it comes to transforming human excrement for other uses. In some places, it has been used to fuel public transit, she said.

When properly collected, she said excrement can be used to produce compost or fertilizer or can be turned into biogas that can produce fuel and energy, she said.

"People don't know that poop is a resource," she said.

The exhibition is scheduled to run until March 26, 2023. Niess says organizers hope there will be enough interest to eventually send it abroad to museums in Europe and elsewhere.

— By Morgan Lowrie in Montreal