There's a road in Rankin Inlet, Nunavut, that stretches all the way around Williamson Lake, a small body of water in the centre of town. But, unlike a lot of the roads in the community then, this one was smoothed over with fresh asphalt in 1994.
Apr 16, 2021 7:56 AM By: Canadian Press 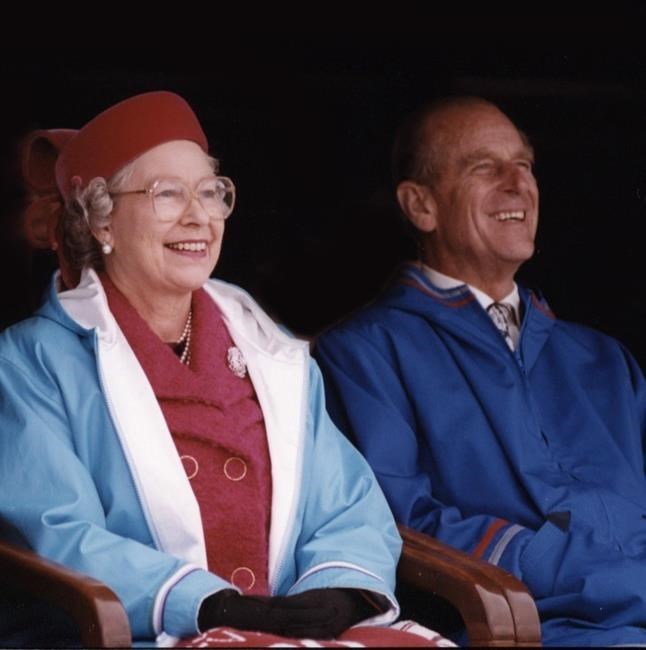 There's a road in Rankin Inlet, Nunavut, that stretches all the way around Williamson Lake, a small body of water in the centre of town.

But, unlike a lot of the roads in the community then, this one was smoothed over with fresh asphalt in 1994. It's still paved today.

Most people in town know the story of why Rankin's "ring road" was paved: a visit from the Queen and Prince Philip that year.

Manitok Thompson, who lived in Rankin Inlet at the time, said organizers knew the royal couple would take that road from the airport.

"They were going to drive down to the hotel and so (the road) had to be smooth," Thompson said.

Philip, the Queen's husband of 73 years, died last week at the age of 99. A royal ceremonial funeral is to be held Saturday at Windsor Castle in the United Kingdom.

Thompson said organizing their visit to Rankin Inlet in 1994 meant ensuring every detail was thought about ahead of time, right down to how many steps the Queen would take when she got out of the airplane.

"Every second, every minute had to be planned."

Thompson, who was a teacher back then, said Canadian officials swept through the town a week before the visit.

"I was teaching at the high school when two (Canadian Security Intelligence Service) guys came into my classroom with their Inspector Gadget outfits," she said.

And when the Queen's team asked for a car to drive the royal couple around town, Thompson volunteered her Jeep, but was told it was too tall for the petite monarch.

"I said, 'Look, I can just lie on the ground and she can just step on me."

Instead, a car was flown up on a charter plane. The vehicle was later auctioned off in the community.

When the Queen and the prince arrived, they were greeted by crowds of children. Thompson said she remembers people yelling out the Inuktitut name for Elizabeth.

"The little kids were yelling 'Hi Elisapee!' with their little hands waving at her."

Despite fond memories of the visit, Thompson noted the difficult relationship between the Crown and Inuit.

"They took over our land, which wasn't good for our country or our people," she said.

Thompson remembers Prince Philip as a peaceful man who stood at the Queen's side during her visits to the North.

"He was not overwhelming. It was like all the attention was on the Queen. He was just a constant person, right there with her.

"He was very gentle and calm."

Bill Belsey, also a teacher in Rankin Inlet at the time, photographed the royals in 1994.

"Prince Philip had quite a quick wit. But he would also notice children or elders who weren't in the Queen's view in the crowd and would bring them forward to meet her," Belsey said.

Belsey said his favourite photograph is one in which the Queen and prince, sitting next to each other, are wearing jackets made by a local seamstress. Their smiles beam out at the crowd.

"Their staff said it was one of the most natural smiles they've ever seen on the two of them. They just seemed so relaxed and completely at ease in the North."

This report by The Canadian Press was first published April 16, 2021.