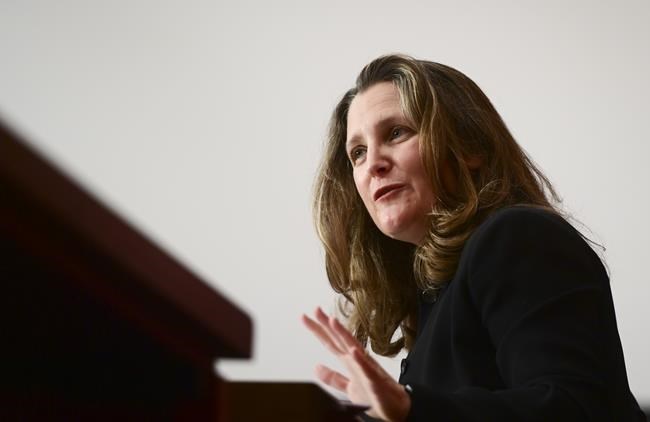 Low-income women face a particularly steep climb out of the economic hole opened by COVID-19.

Employment among women remains about 5.3 per cent below where it sat in February 2020 just before the first wave of COVID-19, compared to about 3.7 per cent for men.

Most of the shortfall is attributable to losses in sectors like food services and accommodations, where workers deal directly with the public and have been hit hard by lockdowns and restrictions.

A report Monday by the Labour Market Information Council said employment for women in low-earning occupations is 14 per cent below pre-crisis levels, while their counterparts in high-earning jobs have fully recovered.

The shortfall for low-earning men is 12 per cent.

"Low-earning women were the most severely impacted in this recession of any other income group or any other gender, and to this day, they are the furthest away from recovery," said economist Liz Betsis, one of the authors on the LMIC report.

"As we strive for a sustainable and equitable recovery, we really need to keep in mind low-income women."

The figures will be among many that a newly formed expert panel of women will deal with as it advises Finance Minister Chrystia Freeland on the measures she'll need to take in her upcoming budget to pave the road to an economic recovery.

There was some expectation that budget would appear in March, but Freeland's spokeswoman Katherine Cuplinskas said that's not going to happen because of the pandemic.

"The federal government continues to evaluate the economic impact of regional lockdowns, the emergence of new variants of the virus, and the increased pace of vaccine distribution," Cuplinskas said in an email.

For single mothers, the economic lockdowns wiped out two decades workforce gains, said Katherine Scott, an economist with the Canadian Centre for Policy Alternatives. At the end of last year, single-parent mothers with children under six worked almost two-fifths fewer hours than they had pre-pandemic.

There has also been a threefold increase in the number of women considered long-term unemployed, a Royal Bank report said. That means 200,000 more women have been out of work for at least six months, and the longer they are unemployed, the less likely they'll ever go back to work.

The Liberals are eyeing a major spend to build a national child care system as an economic measure to help more women get back into the workforce. The idea has garnered backing from business groups, and was recommended by the House of Commons finance committee in its pre-budget report.

RBC economists Dawn Desjardins and Carrie Freestone warned in their report that child care alone is no solution if mothers don't have jobs to return to.

Some of those jobs may never come back as they are at risk of being automated, which has added another layer of vulnerability for low-wage women, said Behnoush Amery with the Labour Market Information Council.

Elizabeth Dhuey, an associate professor of economics at the University of Toronto, said training programs should be updated so low-wage women from retail or food services can apply their skills to emerging, or growing sectors with a bit of extra training,

"Not just throwing money randomly to all these normal players that are doing the same thing as before, but try to figure out who is actually looking at the data, using the data and providing programming," said Dhuey, also chair of the Canadian Economic Association's women economists committee.

Prime Minister Justin Trudeau offered another idea Monday when he said the government should fund women entrepreneurs more than their male counterparts because women startups impact the greater good.

"We would be fools not to massively flip around the access to capital challenge," he said during a virtual event for women entrepreneurs.

Liberals look to fall for movement on having free tampons, pads in federal workplaces
Jul 28, 2021 2:00 AM