This week marks the beginning of a key event for Canada's telecom industry as up to 23 bidders compete for federal licences used in 5G wireless networks.
Jun 14, 2021 11:47 AM By: Canadian Press 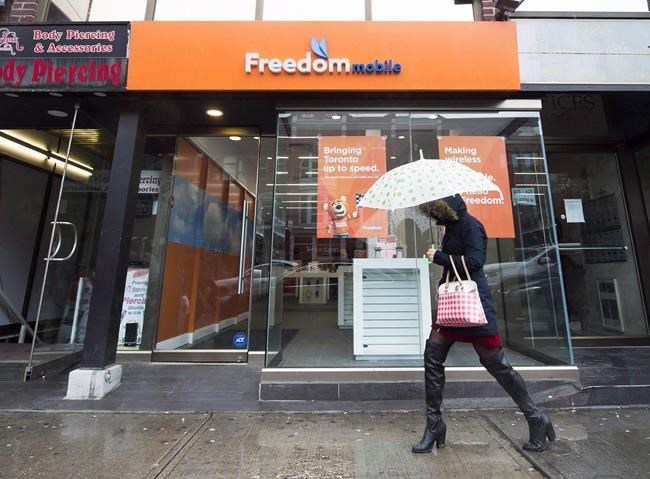 This week marks the beginning of a key event for Canada's telecom industry as up to 23 bidders compete for federal licences used in 5G wireless networks.

But a major player will be absent from this auction, as Freedom Mobile sits on the sidelines while its rivals bid for 3,500 megahertz licences starting on Tuesday.

Shaw, which earlier this year accepted a takeover offer from Rogers, will not participate in the auction.

The $26-billion Rogers-Shaw deal still needs regulator approval and won't close until 2022, but Freedom's absence from this auction will likely weaken a key competitor to the Big Three carriers in parts of Ontario, Alberta and British Columbia.

Some members of a Commons committee that studied the Rogers-Shaw deal said in April that Freedom's absence from this auction will affect long-term competition.

"I think with the discussions we've had here, there should be some alarm bells sounding as far as Canadians are concerned,'' said Earl Dreeshen, a Conservative MP from Alberta, at an April 7 hearing about the Rogers-Shaw deal.

An Competition Bureau official told the committee that a study prepared for an earlier review of the wireless industry concluded that prices are 30 to 40 per cent lower in regions where there were four independent players.

Freedom has Canada's fourth-largest subscriber base but is still small compared with Rogers, BCE Inc. and Telus Corp., which also operate secondary brands such as Fido, Virgin and Koodo that compete for customers in many markets.

The Canadian government's auction of 3,500 megahertz spectrum licences, which had been were delayed until this year because of the pandemic, are expected continue for weeks.

Winners of the auctions will be eventually announced by the spectrum management division of Innovation, Science and Economic Development Canada.

Governments around the world carefully plan how to use and licence spectrum, considered to be a valuable but limited natural resource.

Because 3,500 megahertz spectrum works well in dense urban areas and spacious rural markets, it's in a sweet spot for 5G networks around the world.

Canada's government hasn't said how much it expects to receive from this auction, but a previous bid for less desirable licences raised a total of $3.47 billion in 2019.

The United States held a similar auction last year, raising US$4.5 billion in net proceeds — the equivalent of about C$5.5 billion at current exchange rates.