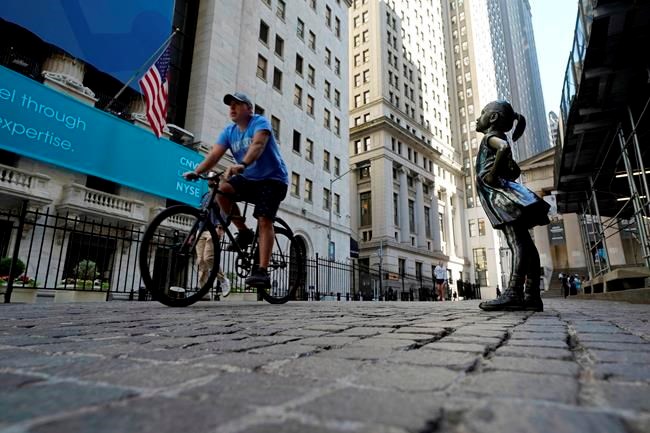 Tokyo, Hong Kong and Seoul fell while Shanghai gained after Fed policymakers, who previously forecast no interest rate hikes before 2024, estimated their benchmark rate would be raised twice by late 2023. The Fed also indicated it sees the U.S. economy improving faster than expected.

On Wall Street, the benchmark S&P 500 index fell 0.5% on Wednesday after Fed projections showed some of its board members expect short-term interest rates to rise by half a percentage point by late 2023. Ultra-low rates from the Fed and other central banks have propelled a global stock market rebound from last year's plunge amid the coronavirus pandemic.

“The Fed may have delivered a more hawkish message for markets than many would have expected,” Yeap Jun Rong of IG said in a report. Still, Yeap said, differing views among board members suggests “much will still depend on how the economic recovery will play out.”

The Fed's announcement Wednesday reflected growing confidence in the U.S. economy as more people are vaccinated against the coronavirus and business activity revives.

Investors have been worried the Fed and other central banks might feel pressure to withdraw stimulus to cool rising inflation. Fed officials have said they believe that inflation will be short-lived, a stance they repeated Wednesday.

Fed chairman Jerome Powell said any changes are some way off but conditions have improved enough to start discussing when to slow bond purchases. The Fed is buying $120 billion a month to inject money into financial markets and keep longer-term interest rates low.

In energy markets, benchmark U.S. crude lost 64 cents to $71.51 in electronic trading on the New York Mercantile Exchange. The contract rose 3 cents on Wednesday to $72.15. Brent crude, the price basis for international oils, shed 70 cents to $73.69 per barrel in London. It gained 40 cents the previous session to $74.39.