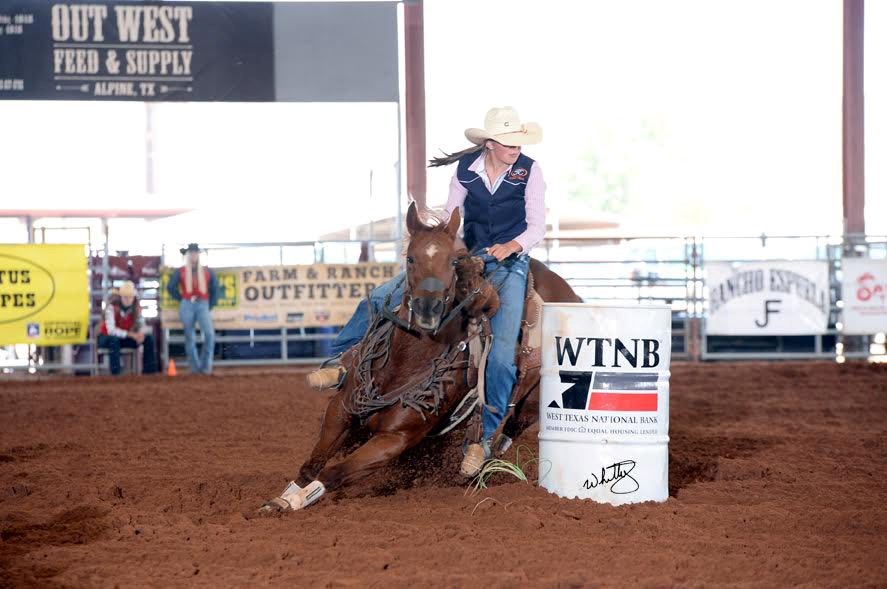 2020 has been a pretty good year for Brooke Swaffield.

She dominated at the Alberta High School Rodeo Association Provincial Championships last spring, winning the barrel racing championship, as well as the reserve titles for pole bending and all around cowgirl.

Swaffield added to her list of accomplishments this year by winning the Dawson Creek Athletic Association’s Sam Wilson Memorial Award for best team or individual performance earlier in November. It’s safe to say it’s one award that Swaffield was not expecting.

“To win an award like that is pretty cool. It’s quite an honour, especially as it’s a memorial award,” Swaffield said.

Since August, Swaffield has been living in Loveland, Texas, where. as a member of the South Plains College Women’s Rodeo Team, she’s been busy adding to that list of accomplishments and preparing for her 2021 defence of the award.

She competed in four college rodeos this semester (only one was cancelled, and it has been rescheduled for the spring semester), and made waves early. In her first rodeo at Sul Ross State University, she finished third in the barrel racing long go, out of 170 competitors. She made the short go as one of the top 10 riders from the long go, and finished eighth overall on average.

“I didn’t expect that at all, but my horse was really good. The region I’m in is one of the toughest regions on the circuit, and making the short go is really hard,” Swaffield said.

She ended her fall season by finishing 12th in the barrel racing long go at the Texas Tech University Rodeo, missing the short go by just two spots and bookending her season so far with her two best performances. She has also been a big part in the South Plains College Women’s Team leading the South West region at the winter break.

“You need to have a positive mindset, but also need to know that even though you are good, there are 60 other girls just as good as you, so you have to trust yourself and your hard work, and can’t let certain results get to you,” Swaffield said.

Her first semester of college is going about as good as can be expected, considering the state of the world right now. Swaddled had two in-person classes, and two online classes this semester, and is expecting the same next semester. Other than having to wear a mask at the rodeos and friends and family needing invitations to attend final rounds at rodeos due to limited spectators, the pandemic really hasn’t interfered with her first year of college and post secondary rodeo.

“I’m very fortunate to be able to be here, it’s much different in the states. It’s been fun and I’m glad I’m down here,” she said. Swaddled will be back home for Christmas next week, and has six weeks off before she needs to go back. There will be six rodeos in the spring semester, with the first one starting Feb. 23.

Other than being ribbed by her American friends on how she pronounces certain words as a Canadian, like cauliflower, Swaffield is having a great time, and is taking advantage of all the coaching and practicing she is getting.

“We are roping pretty much every day here during the rodeo season, Monday to Thursday and then rodeos on the weekend. To have this much coaching, I definitely think I’ve improved so far this year,” Swaffield said.