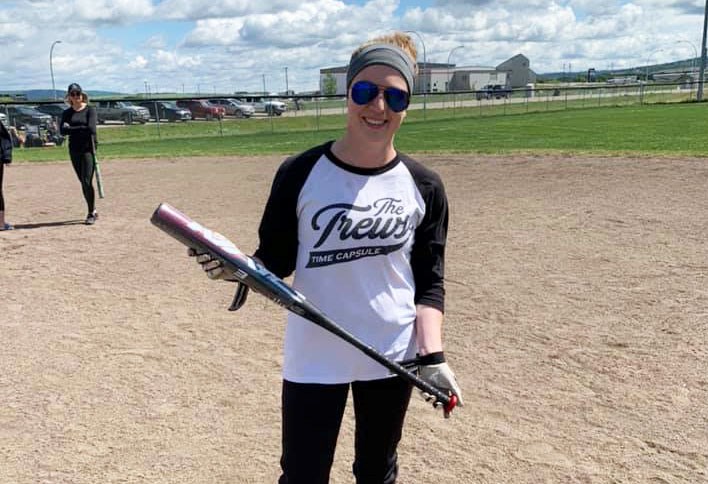 Morgan Ireland shows off the bat she won at a 2019 slow pitch tournament.supplied

"We've had preliminary meetings with the city, we are hoping to start as soon as possible, but it depends on what the province decides. We don't have a date yet," said Dave Meise with the Harry Morrow League.

With only 10 people being allowed on a field together, Meise said it was hard to have enough people out there for a game. Yesterday, the Fort St. John Mixed Slow Pitch Society announced they had a plan in place to start their season June 1, as long as restrictions didn't tighten or get worse.

Meise said the league didn't start its 2020 season until mid-July, with only eight out of a usual 25 teams playing.

"There's been a lot of interest this year. We enjoyed last year, it was better than not playing and it's just good to get out. People want to play," Meise said.

Meise said the league has been working with both the City of Dawson Creek and the National Softball Association to come up with a plan for the season.

"The city is always really good to deal with."