The Canucks kept hope alive all year that they would get a chance to compete for a long-awaited NWJHL championship.
Mar 11, 2021 6:52 AM By: Dillon Giancola 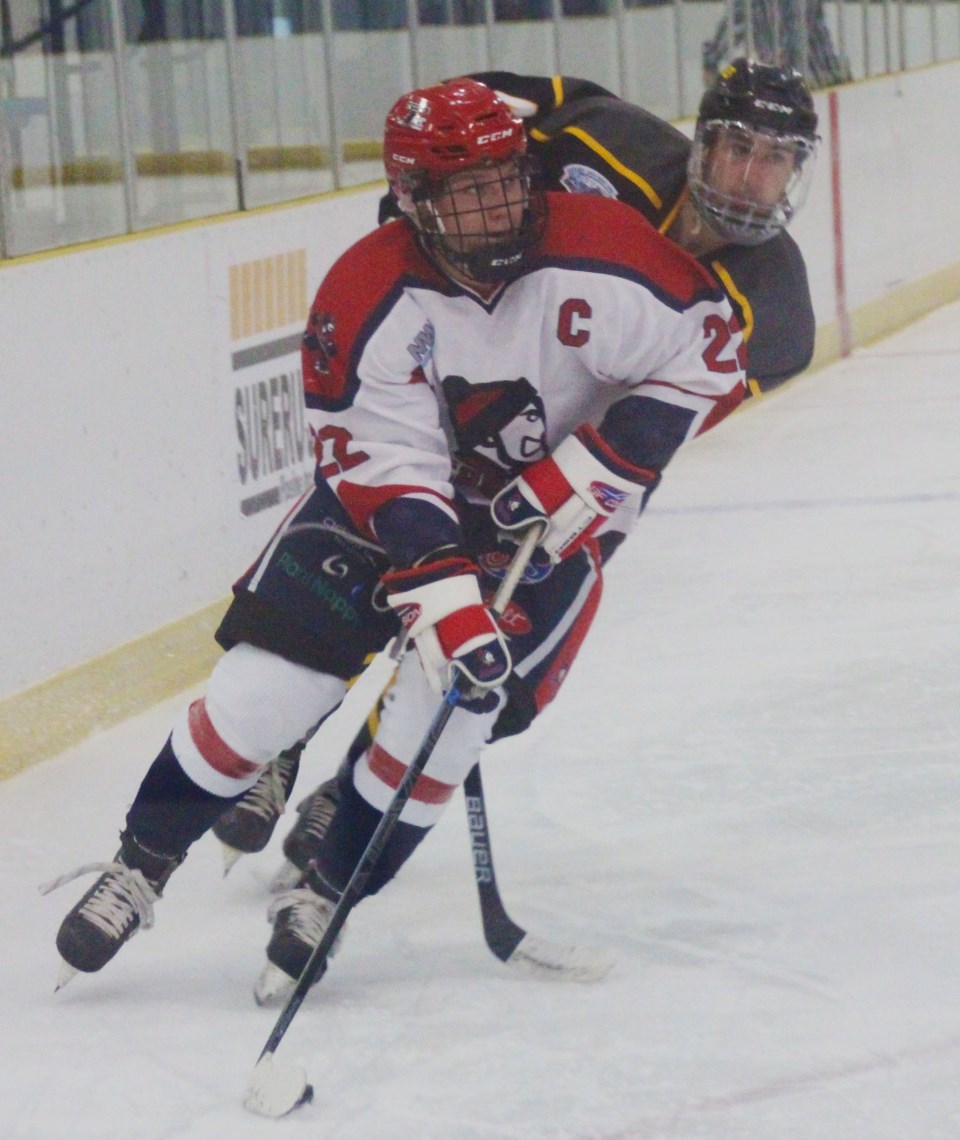 The Dawson Creek Junior Canucks wrapped up their season last week, having their final practice of the 2020-21 season on Wednesday, February 24. It puts a bow on a season full of ups and downs, and gives the team a chance to refresh and look ahead to a hope-filled 2021-22 season.

“The guys have been going hard most nights, but you could kind of see that they were getting more quiet as practices go and it was time to go home,” said Jr. Canucks Coach Colby Wagar. “But, up until a week or so ago, I’ve been really happy with how things have come along. They came in and practiced hard and put in the time, and we’ve been able to develop a lot of the guys this year.”

The 2020-21 regular season was officially cancelled on February 8. There was hope that restrictions might be lifted in time for exhibition games to be played in March, and some NWJHL teams, including the Fort St. John Huskies, are choosing to keep practicing regardless, but Wagar thought this decision was best.

“I just don’t see a light at the end of the tunnel, and it doesn’t seem to be going the way me and the boys want,” Wagar said.

The Canucks kept hope alive all year that they would get a chance to compete for a long-awaited NWJHL championship, but it never came.

“The guys hung in there. One day it would like we were going to play games this month, then the next day boom, you’re not. We kept practicing but it was tough with all the highs and lows,” said Wagar.

Fourth-year goalie Matthew Ens was grateful for everything the team and organization did to keep things going and try to keep playing.

“The effort the team went through to try and push the season forward went above and beyond, and even though we didn’t get too many games in, the fact they kept pushing, and were always talking to Hockey Alberta and BC hockey, it meant a lot to the older guys who maybe had played their last game as a Junior Canuck,” said Ens.

Still, there were things to feel good about and look forward to.

The team had a new, young leadership group in first-year captain Brandon Rowley and assistant captains Raymond Prive and John Meyer. Ens, who couldn’t wear the ‘A’ on his chest as a goalie, was a member of the leadership group too, and is the only one who won’t be returning next season.

“The leadership group was phenomenal, and they were leading and helping a big group of 17 and 18-year-old guys who have never played or practiced at this level before. They showed them the ropes, and going forward, with quite a few guys coming back, that will speak volumes to how next season will go,” said Wagar.

The Jr. Canucks had nine rookies on this year’s team, and could realistically have 15 players next season who haven’t really played junior hockey before. Wagar, in his first year as head coach with the team, is excited about the new rooks coming in, as he’s still in the process of changing systems and adapting to a different style of hockey.

Rowley thought the team made the most of the situation this year, and is excited about next season.

“Surprisingly, I thought it went really good. We have a good group, and (Wagar) had a lot of tricks up his sleeve to keep us bonded and focused, whether it was with different mini games or battle drills,” said Rowley.

“I want to win a championship next year, we have a lot of guys coming back, and we’re striving to be nothing but the best.”

Now, the only thing to do is look forward to next year and hope that there’s a season.

Wagar said it best, “We have a lot of things in place for next year and deals pending. Hopefully we get to play some freaking hockey.”