Staying at a friend’s ranch in California, Jake Watson is a long way from his hometown of Hudson’s Hope, B.C. But the 22-year-old saddle bronc rider can afford a little R&R after the week he had in late February.
Mar 9, 2016 9:07 AM By: Byron Hackett 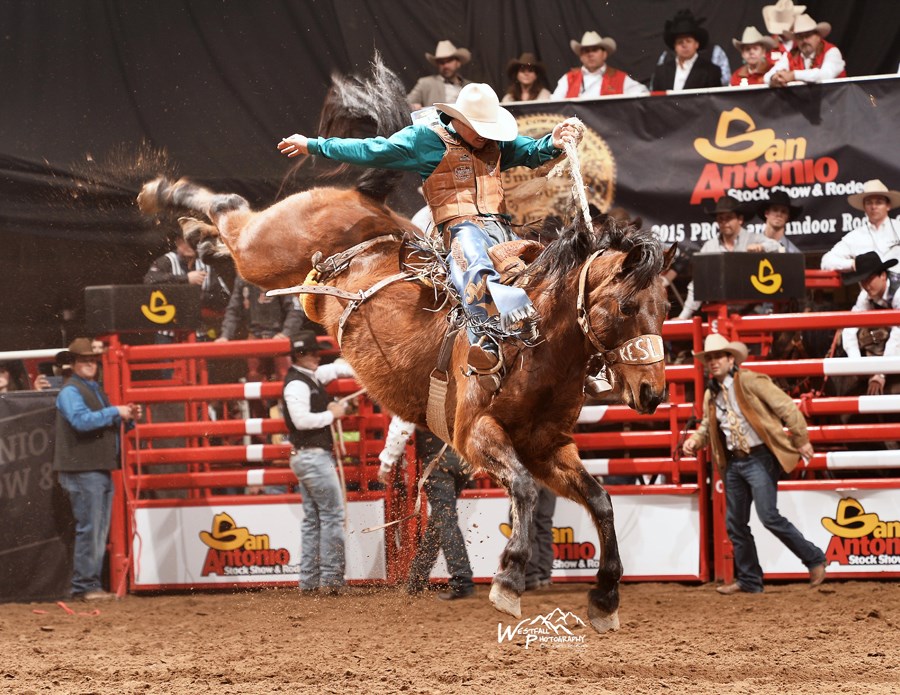 Staying at a friend’s ranch in California, Jake Watson is a long way from his hometown of Hudson’s Hope, B.C.

But the 22-year-old saddle bronc rider can afford a little R&R after the week he had in late February.

Watson, now in his second year on the Professional Rodeo Cowboy’s Association tour had the ride of his life in late February to vault into the circuits top ranked money list.

“I drew a really good horse that I had seen a bunch of times from Canada actually in the short round and I just tried to capitalize on it and it went well,” he said about the 87.5 point ride that earned him a cool $14,476 at the San Antonio Stock Show Rodeo. “I jumped off and didn’t really know what my score would be but it felt like it was pretty good, the horse bucked real good. Turned around and watched the replay, couldn’t really believe it when they said my score.”

That means Watson has moved into third on the tour earnings list this season, bringing a total of $36,121 so far this year, not bad for a kid just a few years removed from his time rodeoing at Oklahoma Panhandle State University.

“This winter I set a tentative goal to try and win $20,000 by the time April rolled around,” Watson recalled. “So no, I surpassed my goal by a lot there so it was a pretty big surprise and a pretty big honour win that rodeo, it’s one of the most prestigious rodeos in the world.”

As he stood in dirt at the middle of the soldout AT&T Centre, the young rodeo up-and-comer couldn’t believe his luck, trying to accept his award-winning belt buckle and not screw anything up.

“I was kind of star struck actually, they told me to just keep smiling so I just tried to listen to them,” he said with a laugh.

Watson added his first year experience on the circuit last season was a huge help but he’s also come along way in his mental approach in his second full season.

“Improved my mental game, a lot over the last year…I pretty much think about bronc riding all the time, so about an hour before the rodeo I try not to think about it at all. Just try to keep myself relaxed,” he said.

“Last year I felt like I was really starting to take every horse the same when I was getting on, whether I had a horse that I had been on or one that people said was crappy or a really good one, I just tried to do the exact same thing every time consistently and it started to pay off.”

The biggest takeaway from his payout in San Antonio is the confidence that comes along with hanging tough against the top riders in the sport and in turn expecting to do that week in and week out.

“It does wonders for my confidence, I just showed myself that if I can get to those opportunities I can excel in them as long as I stick to my basics and do what I’ve been doing,” he added.

“We got to get on good stock to start with there and even with the time that I was in high school rodeo in British Columbia the numbers really started to go up and there’s a lot of hard working people that are behind the rodeo that nobody every really sees [either],” he said.

The Hudson’s Hope native will now head down to Arizona to spend some time with his parents before shipping off to a rodeo in Florida, and then after a brief stop back in Arizona and will return home to Canada for the Canadian summer circuit at the start of April.

Watson finished just out of the Canadian finals last year, and after his huge win in San Antonio, has his sights set on winning big cash in his home country.