When the COVID-19 pandemic forced sports groups across Dawson Creek to pause operations, the Tanshin Dojo was no exception.
Sep 30, 2020 2:19 PM By: Dillon Giancola 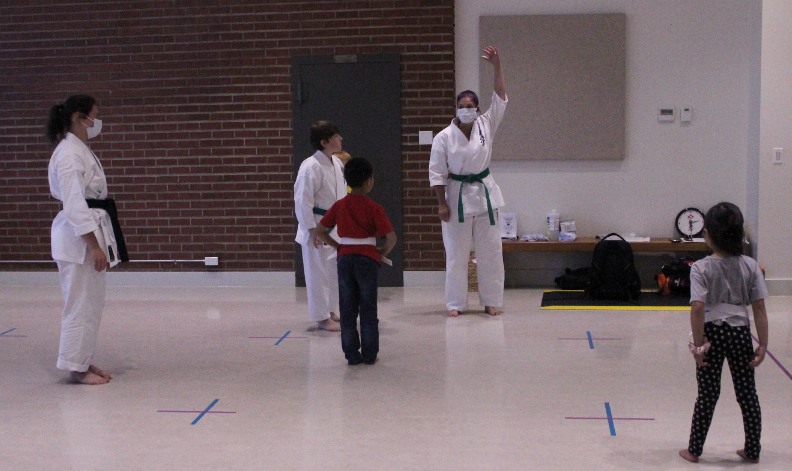 When the COVID-19 pandemic forced sports groups across Dawson Creek to pause operations, the Tanshin Dojo was no exception. As the pandemic went on, running the dojo wasn’t viable, and Sensei Bill Dufour saw this summer as a good time to retire from running a dojo after 25 years of instructing karate in Dawson Creek.

His retirement created a void in the community for a second karate dojo and kyokushin school (the Dawson Creek Kyokushin Karate Dojo run by Mark Fonda being the other), and several of Dufour’s pupils teamed up to form two new dojos in an effort to carry on the Tanshin lineage and serve the community of Dawson Creek.

“With cover and everything that happened, I thought maybe it was time to step away. 25 years is a long time,” said Dufour.

Leading the charge are Rachelle Miller, Dryden and Ken Sempai, and Anna, who have started the Shinkyu Dojo of Kyukishin Karate out of the KPAC Centre.

“I’m hoping for them to carry on what was going on in our dojo. I have every confidence they’ll be able to do that, they are a great bunch of people,” Dufour said.

The people behind Shinkyu are extremely excited about this new adventure and can’t wait to help people fall in love with karate the way they did.

“We are a continuation of the karate we all have learned, and our goal is to help our students embrace the joy and passion we have found through it, and to understand and have access to international experiences, instructors, and the history,” Miller said. “We want people to understand this is something you can do your whole life. Karate can open doors you never thought possible, and give you great friendships and the ability to understand yourself and others.”

Miller said they will be teaching students in the traditional kyokushin style, with three age groups for people to be a part of. There is the red group for ages 6 to 11, the purple group for ages 12 to 16, and the adults group for people 17 and over. Karate dojos traditionally put all people over the age of 13 into one big group, but Miller said they wanted to give the adults their own group, and allow teenagers to grow and learn help others in their age group before moving on.

“We know the kids are ready to move up, but now we want to see how they operate with 11 year olds, for example, instead of moving up and always being at the bottom, age-wise, of a class,” said Miller.

The name the group chose is very fitting, as shinkyu is a word meaning “in reflection.”