Chetwynd-born hockey player Hunter Mosher has accepted a scholarship to attend Nippising University in North Bay, Ontario. She'll join the school and her new team, the Nipissing University Lakers, in the fall.
Mar 11, 2016 9:48 AM By: Mike Carter 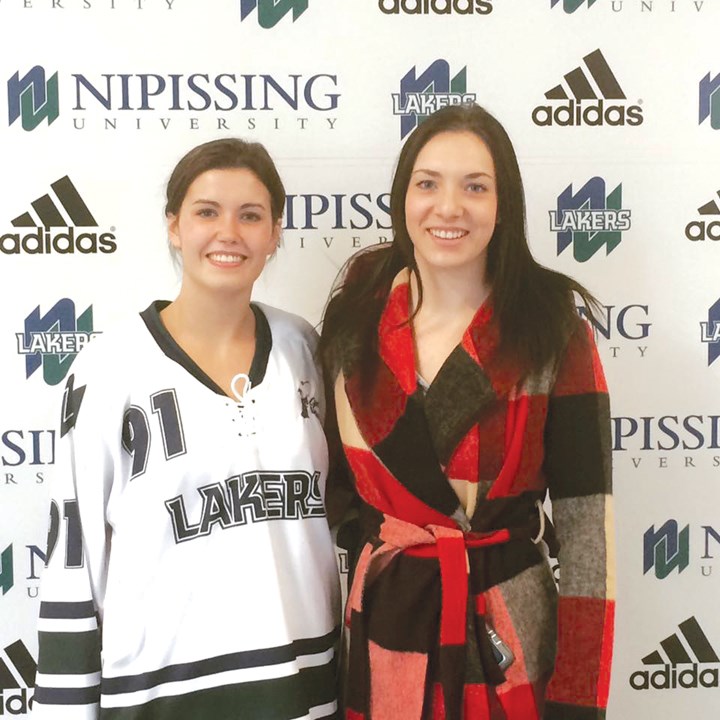 She'll join the school and her new team, the Nipissing University Lakers, in the fall.

"I had other offers," she told the Alaska Highway News, "but this school just really took an interest in me so much that, I decided if they would do anything to have me then they would be my first choice."

The team started courting Mosher in her Grade 11 year.

Mosher says she is excited at the opportunity to take her game to the next level in a competitive Ontario University Athletics Association league, part of the Canadian Inter-university Sport (CIS) circuit.

She will also join former teammate Ava Keis, who just wrapped up her first year with the Nipissing University Lakers.

But while university hockey is on the horizon, her focus right now is on finishing the season at hand.

Mosher and the Northern Capitals are set to defend their Major Midget title against the Greater Vancouver Comets.

"This team has been neck-and-neck with us," Mosher said. "It's always been a hard game. We've lost  a couple to them (in the regular season) and they've lost a couple to us so we need to be prepared."

The series will take place March 18 - 20 in Coquitlam.

The winner will take on the champion of the Alberta Major Midget Female Hockey League from April 1 - 3 in the Pacific Midget Female Regionals for the right to represent the Pacific region at the 2016 ESSO cup.