When Beaverlodge-born curler Geoff Walker started playing in his after school league for an hour and a half on Tuesdays at 11 years old, the thoughts of becoming a two-time World Junior Champion, a World Champion, 10 Grand Slam victories, and winning
Feb 22, 2019 4:26 PM By: Austin Cozicar 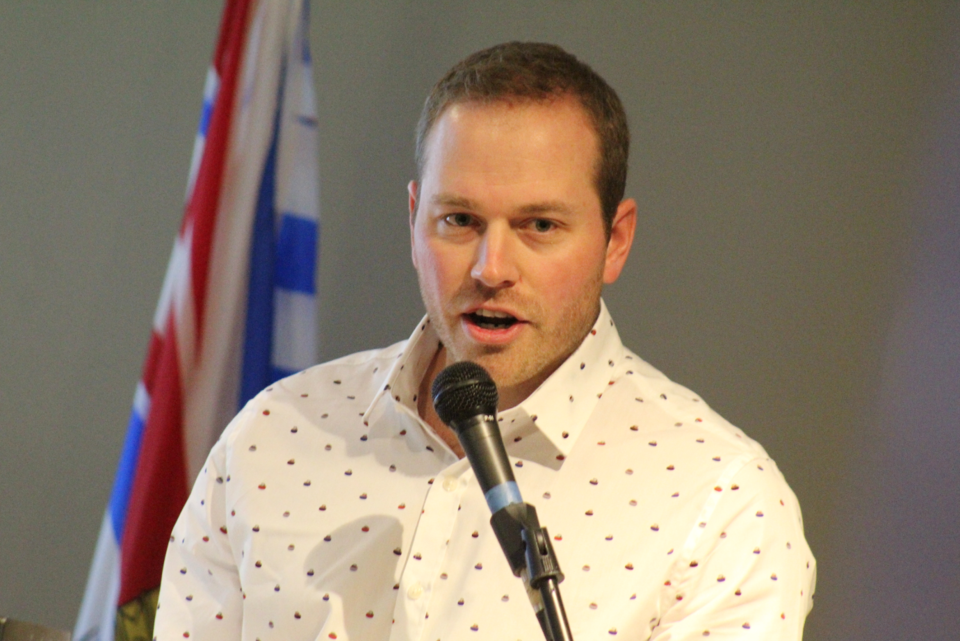 When Beaverlodge-born curler Geoff Walker started playing in his after school league for an hour and a half on Tuesdays at 11 years old, the thoughts of becoming a two-time World Junior Champion, a World Champion, 10 Grand Slam victories, and winning two Briers with the St. John’s Newfoundland-based Team Gushue were probably far from his mind.

“You were supposed to be 12,” he says of his initial league, noting he didn’t really get serious about it until he was 15.

While Walker doesn’t get back to the Peace Region as much as he would like to, he still very much sees it as home. (He does admit he’s been back a lot more since he moved to Edmonton after eight years in St. John’s).

“Family would be number one, my parents are here, my grandfather’s still around, I’ve got a lot of cousins and family around, but then the other thing would be in the summertime, just missing the countryside and going down to my grandfather’s cabin and sitting around the fire and doing some quadding, doing some snowmobiling in the wintertime, and stuff like that that you don’t get to do when you’re in Edmonton and when I’m on the road traveling a lot.”

The banquet speech wasn’t his first time in the Dawson club. As a curler in the Peace, he came here many times in his juniors days, and was a regular competitor at the Dawson Creek Cash Spiel.

“It brings back memories,” he says. “It’s a really nice looking club. Nice upstairs, it seems like it has a pretty good atmosphere with the people around. They’ve got a lot of the same people and same faces that I saw seven years ago when I was here.

“With all the Peace curlers, it’s sort of like a family,it’s one of those ones where you’re trying to go against the bigger cities in Edmonton and Calgary, and you’re trying to make a name for yourself and everybody pulls for each other,” he continues.

After juniors, Walker had joined Kurt Balderston’s team as a second, and before joining Team Gushue as a lead, had led his own team where he made the 2011 Boston Pizza Cup semi final.

He has a strong connection to the Mixed Doubles game, having made it to the Canadian Mixed Doubles Final Championships with his now-wife Laura Walker in 2016, falling in the finals. They made it to the Olympic qualifiers in 2017, winning out the round robin only to lose in the playoffs.

“In Canada,you go back to when I was younger and playing around here, I wouldn’t have had any clue what Mixed Doubles was and I think a lot of people would have said the same thing, it didn’t exist. If someone said, ‘Oh, there’s two person game of curling,’ you would have been laughed, you know, ‘what is that,’” he says.

“I really enjoy it, it’s just a different discipline to play. A person like myself who plays the four player game and basically plays a lot of the same shots through the course of the year — [Mixed Doubles] gives me the ability to throw a lot of different shots and be more involved in the strategy of the game. It’s very high paced and you’ve got to be pretty fit to play, actually,” Walker continues. “You can definitely burn a lot of calories playing that.”

After the banquet, Walker was on his way back to St. John’s where he is prepping with Team Gushue for the Brier, which they hope to win their third consecutive title.