The NWJHL could be expanding for next season and beyond, and the league's B.C. teams are intrigued by the possibility of facing off against some fresh faces.
Apr 22, 2021 12:19 PM By: Dillon Giancola 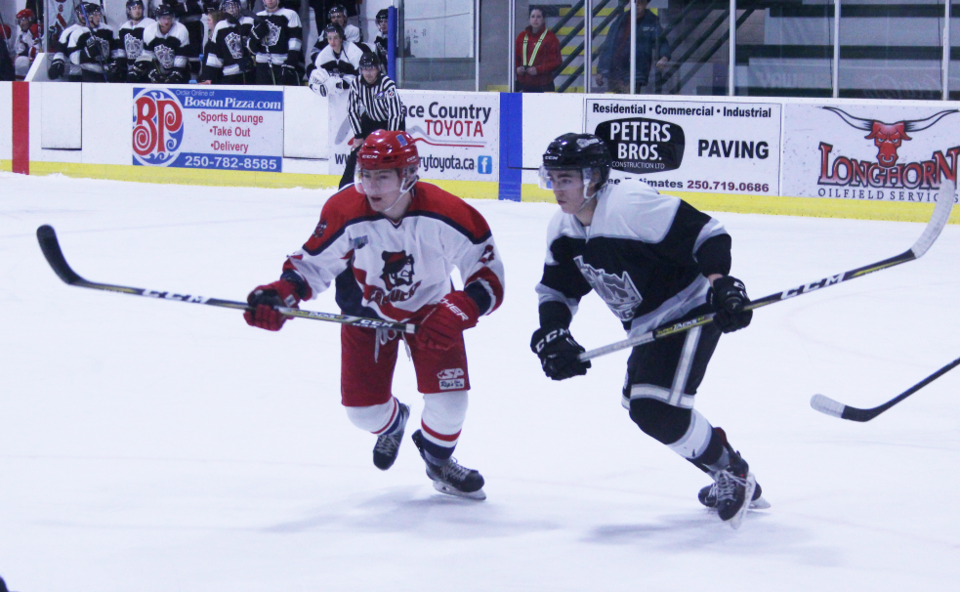 The Jr. Canucks lost 6-4 to the County of Grande Prairie Kings on Feb. 5, 2018, taking them out of the running to finish first in the regular season.Rob Brown

The NWJHL could be expanding for next season and beyond, and the league's B.C. teams are intrigued by the possibility of facing off against some fresh faces.

On April 10, the league sent out a Tweet inquiring if any cities were interested in forming a team and joining the Junior B league.

Dawson Creek Junior Canucks GM and Coach Colby Wagar said expanding is a thing the league has looked at in the past, and  something that's always welcome.

"I would love to get three or four more teams in the league. The competitiveness is there across right now, but it's hard playing one team eight times a season, but if we could get some other communities back involved that would help take the league to the next level," Wagar said.

Currently, there are only six teams in the league, going from seven teams to six when the Beaverlodge Blades left at the end of the 2017-18 season.

Some of the cities that have been tossed around as locations for new teams are Edson and Hinton, but places like Grande Cache and Fort Vermilion would be considered as well.

Wagar mentioned he knows of at least one team close to joining. When asked how he would feel about a team from further away joining, Wager had no problem with it.

"It might cost us a bit more for fuel, but it wouldn't be much of a difference," Wager said, adding that the league splitting into two divisions could allow the Canucks to make the longer trips less often than trips to Fort St. John and Grande Prairie.

Todd Alexander of the Fort St. John Huskies likes the idea as well.

"I think it's great. Some of the places would get us closer to the Edmonton market, and we obviously have a good league and run a tight ship so it would be good," Alexander said.

Alexander said when looking for teams to join the league, it has to be a club the league and its teams are comfortable with and thinks would be sustainable, and then the club has to want to join as well.

"It just adds to the league overall, gives us more depth, possibly brings us new recruiting areas, and these teams wouldn't be recruiting players away from our area locally," said Alexander.