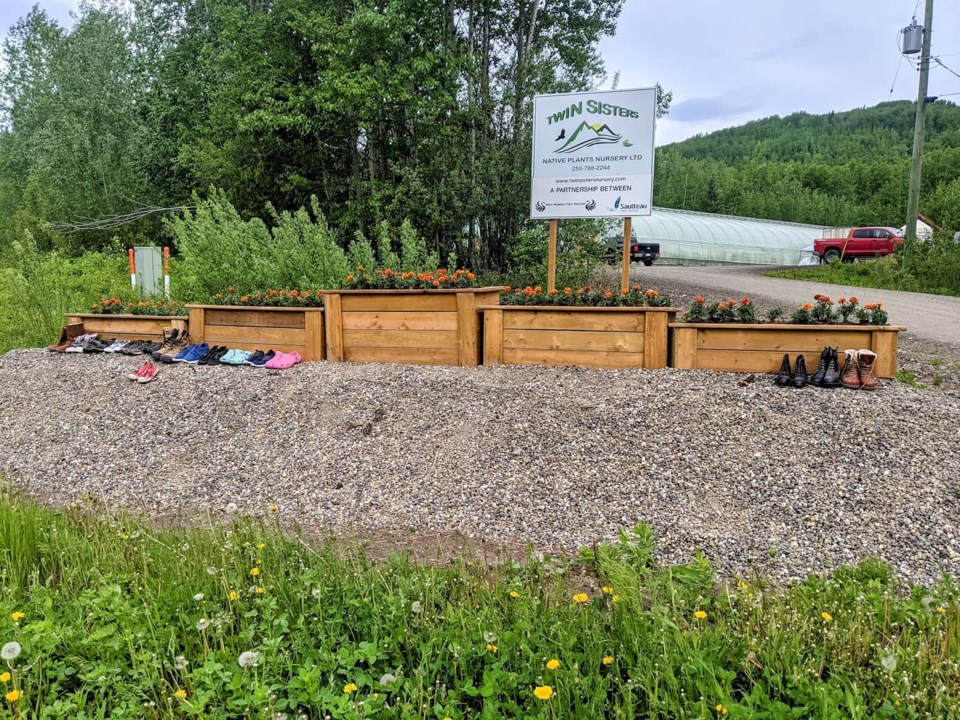 The memorial garden at Twin Sisters, put together by the nursery with help from Moberly Lake Elementary. Twin Sisters Native Plant Nursery

Garden boxes have been built as a memorial in front of the facility, with marigolds planted in the soil. Residents are being asked to donate teddy bears and shoes in memory of the 215.

Nursery grower and West Moberly band member Daniel Desjarlais says he thought it was the best way they could start a dialogue about the school.

“We’re just trying to spread awareness, and get more people to ask questions about it – even just what’s it for,” says Desjarlais.

“From there you can get more into the conversation about the children that were found. It’s a conversation starter.”

Moberly Lake Elementary School students and teachers helped with construction of the memorial.

The shoes and bears will eventually be donated to charity, says Desjarlais, once the colder weather arrives and can no longer be placed outside.

“We’re looking for teddy bears, shoes, everything. And then at the end of the year, we plan on finding a children’s charity to bring them to."

He adds the community response has been positive, with bears and shoes still wanted. Anyone looking to donate can give them a call at 250-788-2244 or find the nursery on Facebook.