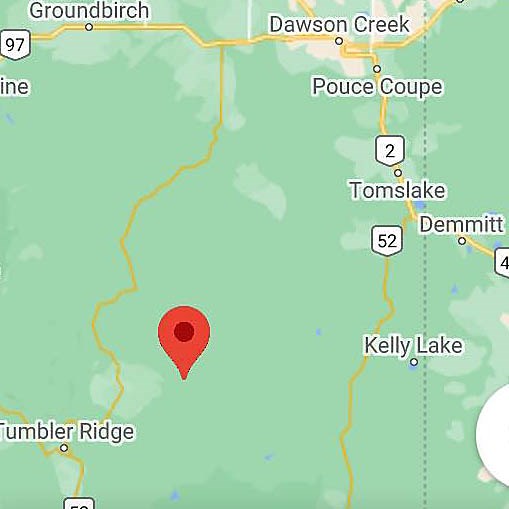 Tumbler Ridge RCMP members have located a vehicle reported to be involved in theft of wire and property from resource sites in the Dawson Creek area.

When police attempted to stop the vehicle, it fled the area along a forest service road in the Tumbler Ridge area where police boxed it in. The suspects subsequently rammed a police vehicle, rendering the suspect vehicle inoperable. The suspects then fled on foot into the bush and PDS was called to attend.

"One of the suspects was located walking along the highway and was arrested without incident. Two suspects remain at large. A man, well known to police and a woman are believed to be involved in some thefts that have recently occurred. There is nothing at this time to suggest that there is any danger to the public," say RCMP.