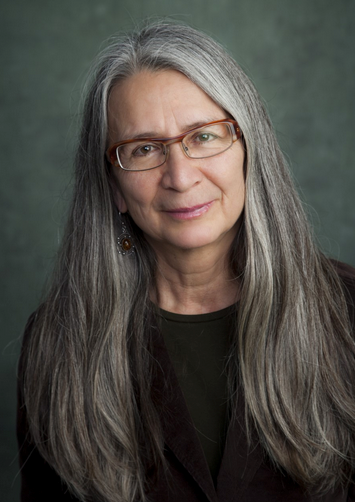 It wasn’t until Val Napoleon’s first grandchild was born that she realized: she needed to get that law degree.

Napoleon, a University of Victoria law professor with roots in the Saulteau First Nation, had planned to study law when she was growing up in the countryside near Dawson Creek. She’d been accepted at a law school, but instead put it off.

“When my daughter became pregnant, I was thinking about wise things I wanted to be able to say to a grandchild,” she said. “One of the things I wanted to say was if you go and set a goal for yourself, you have to go and do it. No one’s going to do it for you. I realized I hadn’t done that myself.”

Napoleon’s work, among other things, informed the Truth and Reconciliation Commission’s recommendation that Canada establish law institutes to better understand the unique legal traditions that exist in Indigenous societies.

The central idea in her work is “that Indigenous peoples were not lawless”—a misconception among European colonizers— “but had intellectual resources within their own traditions that could be drawn on today,” she said.

Napoleon grew up in the rural community of Progress west of Dawson Creek. Her mother and father are from the Saulteau First Nation, and she spent summers on the Saulteau reserve at Moberly Lake.

While Napoleon was accepted to law school in her early 20s, she passed on the opportunity. Instead, she spent decades working as a consultant with First Nations communities, many in Northwest B.C., advising on issues like conflict resolution with community groups in Smithers.

She was working closely with the Gitxsan nation during its legal battle with the B.C. government in a ground-breaking case that became known as Delgamuukw.

In a decision that’s still felt to this day, the Supreme Court of Canada found Aboriginal people retained title to lands where treaties have never been signed.

The First Nations people involved in the case relied on oral histories, a form of evidence little-understood by the Canadian legal establishment at the time.

“I heard Gitxsan people arguing from their own legal basis, from Gitxsan law, and I saw what a hard time the courts and others had in understanding that Indigenous people were not lawless, and in fact had sophisticated systems of governance.”

Napoleon enrolled at the University of Victoria in 1998, completing a law degree before earning her PhD in 2009.  Her research has given her a unique understanding of how First Nations people in Northeast B.C. traditionally governed themselves.

The Saulteau originated in Eastern Canada, with various groups migrating west in the 18th and 19th centuries. Some Saulteau people made it as far west as Northeast B.C., putting them in the territory of the Dunne-Za.

Instead of fighting over territory, the groups were able to peacefully coexist within their own legal systems.

“(The Dunne-Za) allowed us to move here, and there were agreements to allow that, and there was intermarriage between our families,” she said. “That is a demonstration of diplomacy and generosity and building inter-societal relations.”

Napoleon is now director of the Indigenous law research unit at UVic. The unit’s work played a significant role in the Truth and Reconciliation Commission’s findings on how the Canada’s justice system can better incorporate Indigenous legal traditions.

She said being named Indigenous Peoples’ Counsel is further recognition that Indigenous people have contributions to make to Canadian law.

“To be recognized by one’s peers is the biggest honour anyone can get,” she said.