The Peace Auto Fest returned to the Taylor chain-up area for a third time last weekend, August 28 and 29, and revved things up a notch in all regards.
Aug 31, 2021 11:37 AM By: Dillon Giancola
Previous Next
1 / 1 Clay Sutherland burns some rubber as he drifts sideways during the Peace Auto Fest drift competition.Dillon Giancola
Expand
Previous Next

The Peace Auto Fest returned to the Taylor chain-up area for a third time last weekend, August 28 and 29, and this time, there were no storms and few Covid restrictions to impact it. This year's festival, put on by Fort St. John Car Culture and the Peace Region Motorsports Association, took things up a notch in all regards — from the amount of people attending, to the amount of events taking place, and even the number of cars participating in the car show.

"This year compared to last year, it's incredible how much it's grown. We have a great amount of cars here this year, and there are new faces from all over — Dawson Creek, Grande Prairie," Nathan Fougere said, while wiping down his 1994 Acura Integra in between short burst of rain.

He said he was aiming to win the Best Engine Bay award in the Show N' Shine, and he would go on to do just that. He didn't have as much luck in the Autocross, blowing his clutch the day before but getting the car ready in time for Sunday's show. 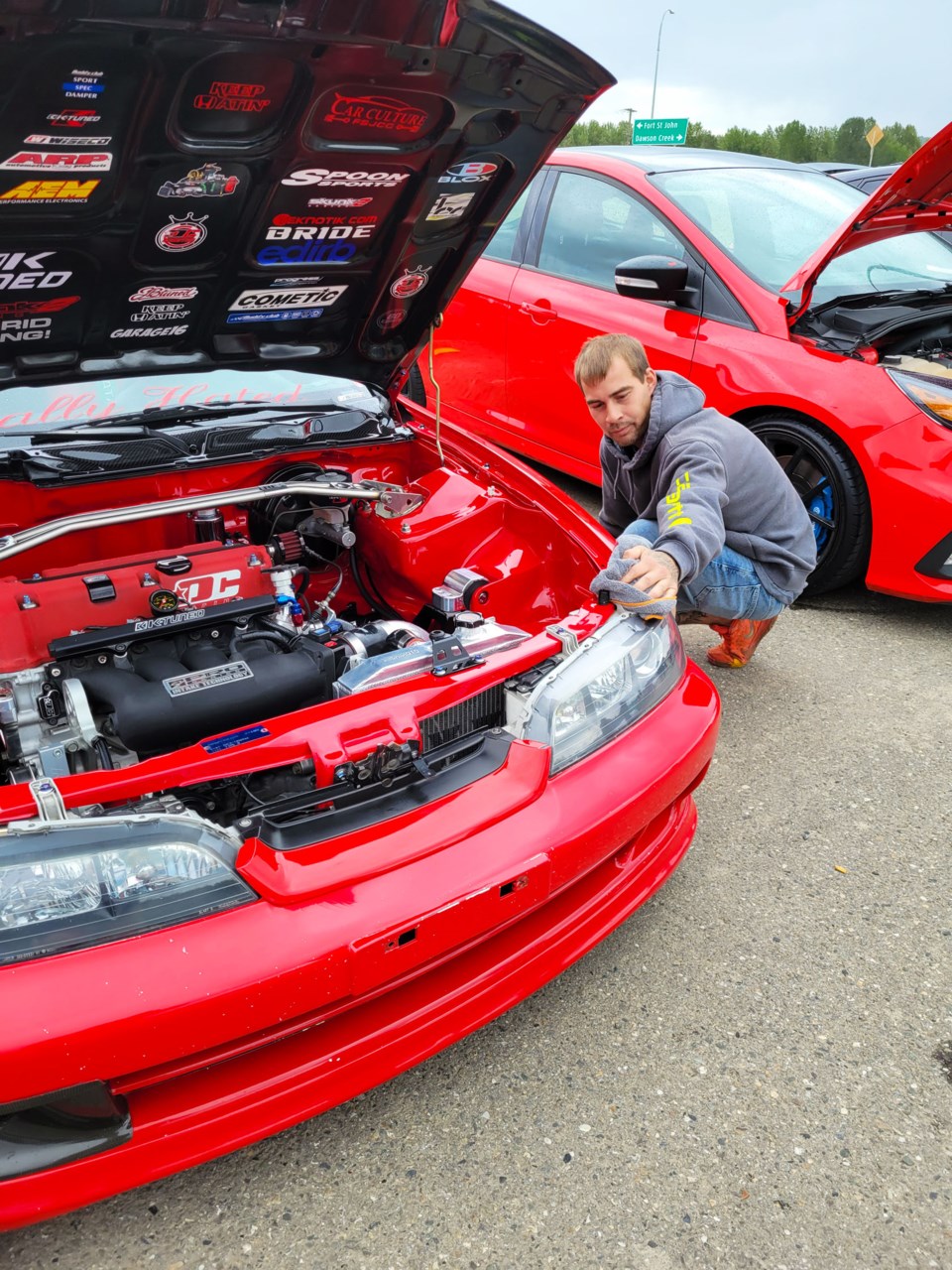 While the Show N' Shine had the highest turnout of cars since the Peace Auto Fest started, the drift competition was once again the star of the weekend. From 9 a.m. until 1 p.m. on Sunday, August 29, fans lined the West side of the Taylor Chain-Up lot to see the drivers perform their biggest drifts in the tightest of margins, while wrecking as many tires as they could along the way.

Abel Fradette finished first this year, impressing the fans consistently each time out. Jeremy Hansen came in second, saving his best run for last as he popped multiple tires his last time out.

"It's so much fun. It's all about coming out here, having fun together, crashing our cars. Every year it gets bigger and bigger. For a small town, we have such an awesome car community here and I can't even describe it," Hansen said.

Ryan Mucci, who won the 2020 event, was once again a fan favourite, wrecking nine tires, and blowing a hole in his engine block his last time out. He finished third in 2021, as well as second in the Autocross race, to go with two Show N' Shine awards. 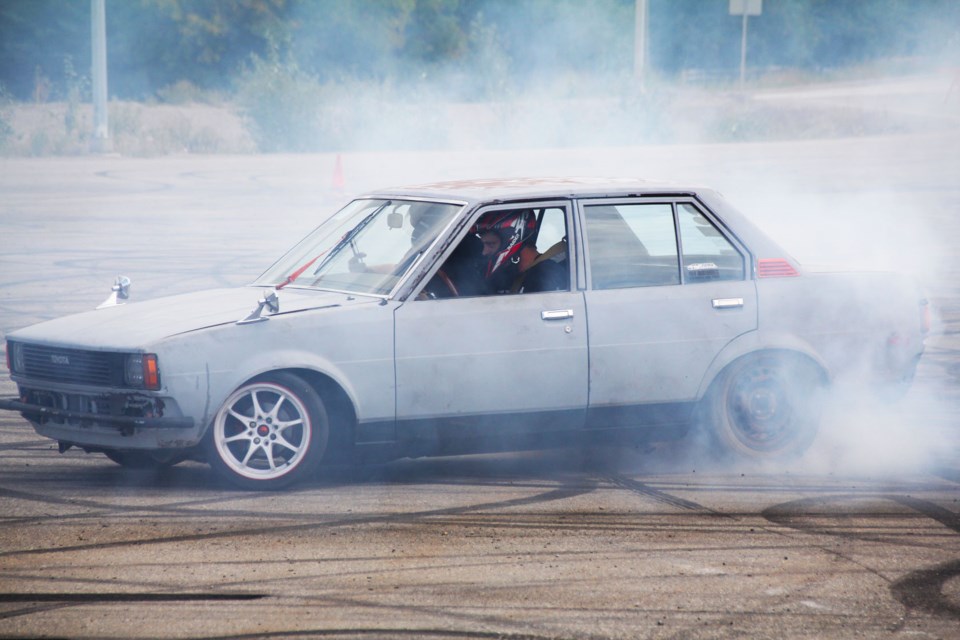 Ryan Muci was once again the start of the show at the 2021 Peace Auto Fest drift competition. . By Dillon Giancola

The third PAF saw the debut of the sound competition, which saw about 10 drivers open their car doors, and crank their systems up to 11, to compete for the best system in the region.

Gavon Townsend, who's lived in Fort St. John for a year and is the president of Western Canada's Basshead Lifestyle, enjoyed being a part of the show and is happy to bring this sport to the Peace Region.

"We're trying to bring sound competitions into the Peace Region and really build the sport here, because it is a sport, people spend hundreds of thousands of dollars on these cars and there's a lot that goes into it. Today here, we did it on a budget, and wanted to show that it's fun, and it's active in Canada," Townsend said.

"I feel like everyone here has room for improvement, including myself, but everyone who showed up is giving 100 percent of their effort." 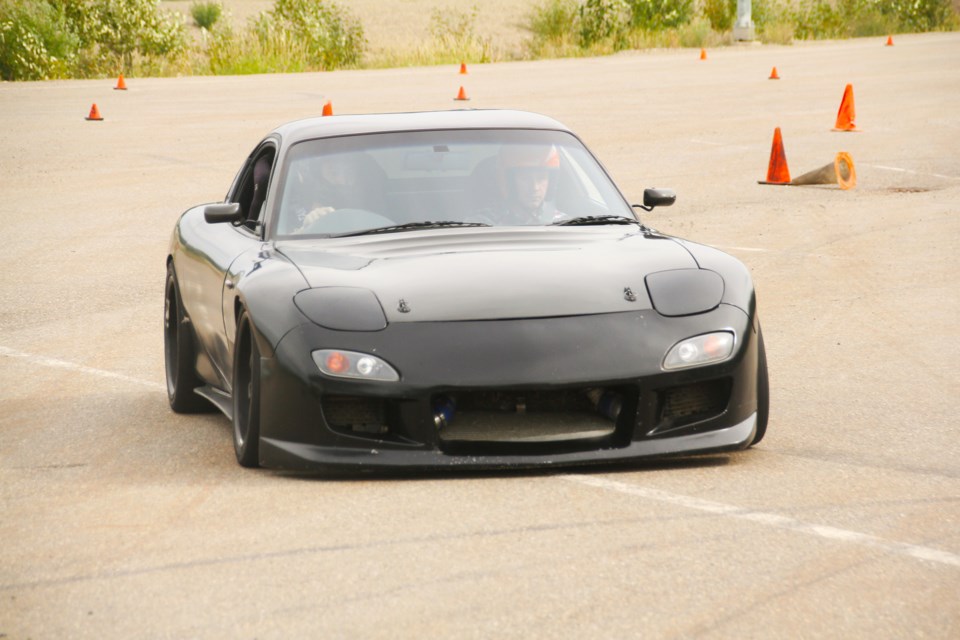 Juan Garcia and his RX7 won the auto cross competition on August 28. By Dillon Giancola 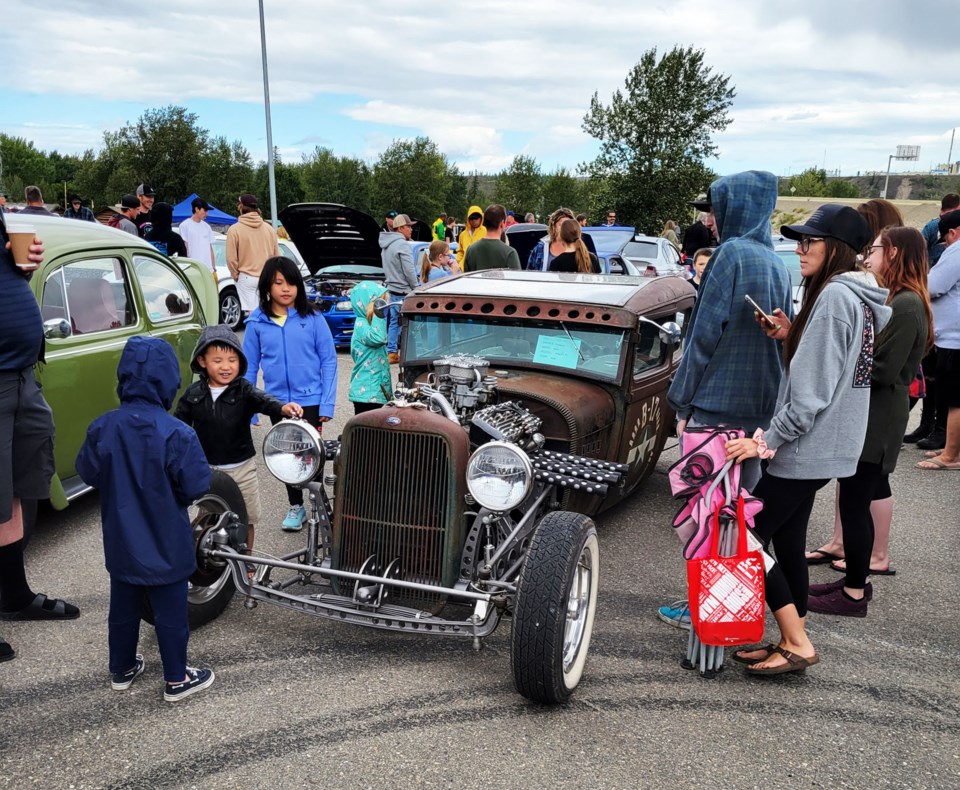 Anthony's 1929 Ford Model A was the star of the Peace Auto Fest car show, winning one of the three sponsor's choice awards. . By Dillon Giancola