Notables from the Women's Institute 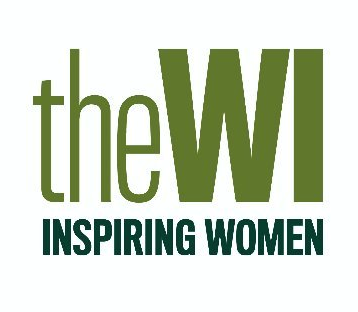 As our motto says: For Home and Country.

Hello WI members and interested readers.  Thanks again to the Mirror for allowing us this space to tell you what WI has done in this district and in the province and at the national level.  The Peace River has had its share of notables at the provincial level, but this is our first to have one of our own members move to the president of the national Women’s Institutes of Canada.  Joan Holthe, from Doe River WI is now holding that office.  Congratulations Joan!!  I had a nice visit with Joan and she told me what this journey has been like for her.  Joan’s story begins when she2021 moved to Doe River and began farming with her husband, Larry.

Joan was invited to a Women’s Institute meeting where the members  embraced her as their own, becoming secretary (and still is after 30 years!).  She right away became involved in her local branch, the Peace District, and at the provincial level.  Going to conferences and travelling was a treat but the business was important as well with new and old friends to meet.

Joan became BCWI President for a three year term and that took her to national meetings and eventually she became a representative on the Federated WI Board of Canada, now known as Women’s Institutes of Canada.  Joan remembers when she was a new member at a Federated conference hosted in BC, She noted that the president of FWIC was a down to earth woman, nothing pretentious about her and it crossed her mind that her job as president did not require a  Philadelphia lawyer or a high and mighty person to do this job.  She realized that our organization was there to help you grow, gain confidence and give support for your ideas and causes.  When Joan became president elect for three years       before a term as President from   2018 to 2021, she knew that it was not going to be a piece of cake.  However, trusted that there was a good board working along side, office staff in our head office in Ontario, and of course, the encouragement and support of her husband, Larry.

How dreadful this pandemic has been for our organization, and of course many other organizations, also.  No gatherings, no fund raising, makes it extremely stressful as most of our members are seniors who need the warm contact of our meetings.  It was to be a pleasurable part of her job as national president to visit all the provinces over the next 3 years of her term.  But of course that came to an abrupt halt last March.  FWIC owns a museum which houses our office , and of course it remained closed over the past year, decreasing our income and forcing us to reduce staffing.  However, Covid-19 has given our members new incentives to meet, communicate and keep our business and concerns moving.  Skype, Zoom and social media are the new buzzwords, old dogs have learned new tricks, and members have never communicated so much with provinces and other parts of the world as now.  Joan is hoping that this isolation will create a new respect and need for Women’s Institutes and for other organizations as well.

Over 100 years ago, during the pandemic that rocked the world then, women stepped forward and helped in the recovery, and here we are, available to fill that need today.  Women’s Institute members were at the forefront by teaching, fund raising, supporting, and again we see a time where getting ‘Back to Basics’ is the buzzword for today.  Our members are available for canning lessons, meal planning, crafting, and other talents that never grow old, and now we see a new generation looking to receive the benefits of our experience.  A zoom call is better than nothing but it will never take the place of a warm hug and broad smile!

Joan’s term is up in July, then she can rest on her laurels, and look forward to being just a member, but ready to step forward to do her bit, as our motto says: For Home and Country.

Thank you to the Mirror for giving Women’s Institutes the space to share our World Wide work.  Thank you, Joan Holthe, for enlightening us on the important work we do.