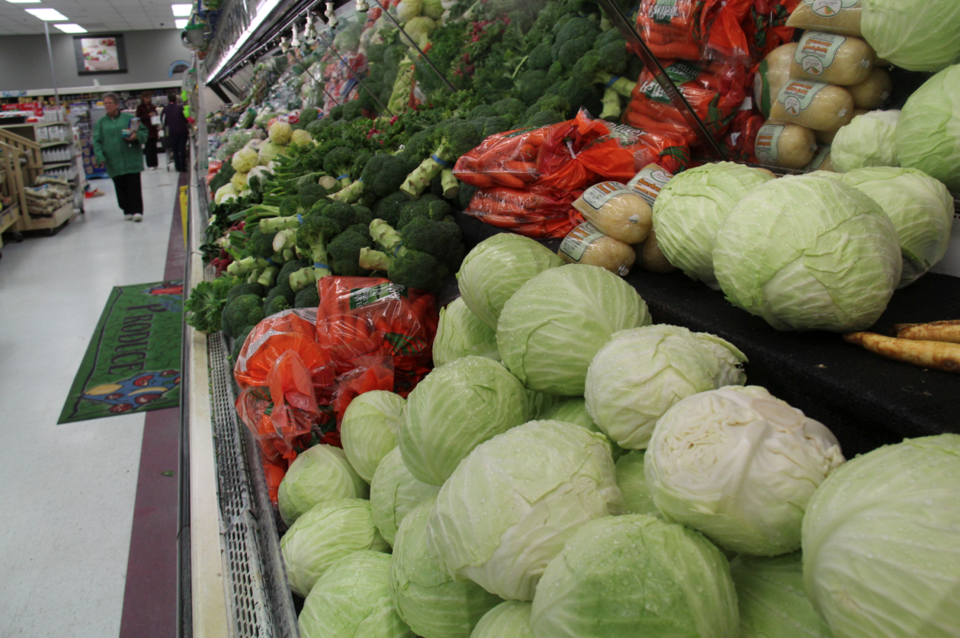 Families in Northern B.C. experience higher rates of food insecurity than people in other parts of the province, a new study has found.Jonny Wakefield

Families in Northern B.C. are far more likely to be food insecure than people in other parts of the province, according to a new study from researchers at the University of Toronto.

In 2012, 17.2 per cent of households in Northeast B.C. were food insecure, compared to 16.4 overall in Northern B.C. and 11.8 in the province as a whole, according to the report released Aug. 31. Half a million people across B.C.—two-thirds of them in the workforce—experienced some form of food insecurity.

Food security includes everything from worrying about feeding oneself to eating unbalanced meals to skipping meals entirely. Being food insecure is tied to a number of health problems, including depression and anxiety disorders.

Dr. Valerie Tarasuk, a professor in Nutritional Sciences at the University of Toronto, said high food costs and unstable employment were likely behind Northern B.C.'s higher rates of food insecurity.

But ultimately, it comes down to money.

"They're the same issues everywhere in the province," she said. "By the time someone is struggling to put food on the table, it's an income issue."

The report comes at a time when Northeast B.C. food banks are in crisis due to the downturn in oil and gas. Networks Ministries in Dawson Creek recently reported a three-fold increase in food bank customers, while the Fort St. John United Way says food bank use has doubled. The region currently has the province's highest unemployment rate.

"It'll take a few years to see the effects of the oil bust" in the data, Tarasuk said. "But it's got to be making things worse."

The "worst" finding in the report was that 25 per cent of families with children under 18 regularly went hungry.

"That means one in four households in that health authority, the best data that we or anyone else has, one-in-four are struggling for the food they need," Tarasuk said. "That's terrible."

The study also highlights deficiencies in B.C.'s social assistance system. In Northern B.C., 79 per cent of people receiving some kind of income assistance lacked stable access to food, compared to just 46 per cent in Newfoundland and Labrador, where social programs are more generous.

"Somebody who runs out of work and runs out of (employment insurance), if they were even eligible for it in the first place, has no choice but to go on social assistance," she said. "It's important that be programmed to help people meet their basic needs. What's abundantly clear from this work is it's not."

She added that food banks are just a "canary in the coal mine" when it comes to measuring food insecurity.

"They're a place of last resort," Tarasuk said. "Everything we know about food banks would say that most people who are food insecure never even go to food banks, and those who do are still food insecure. The problem is too big for local food charities to deal with."