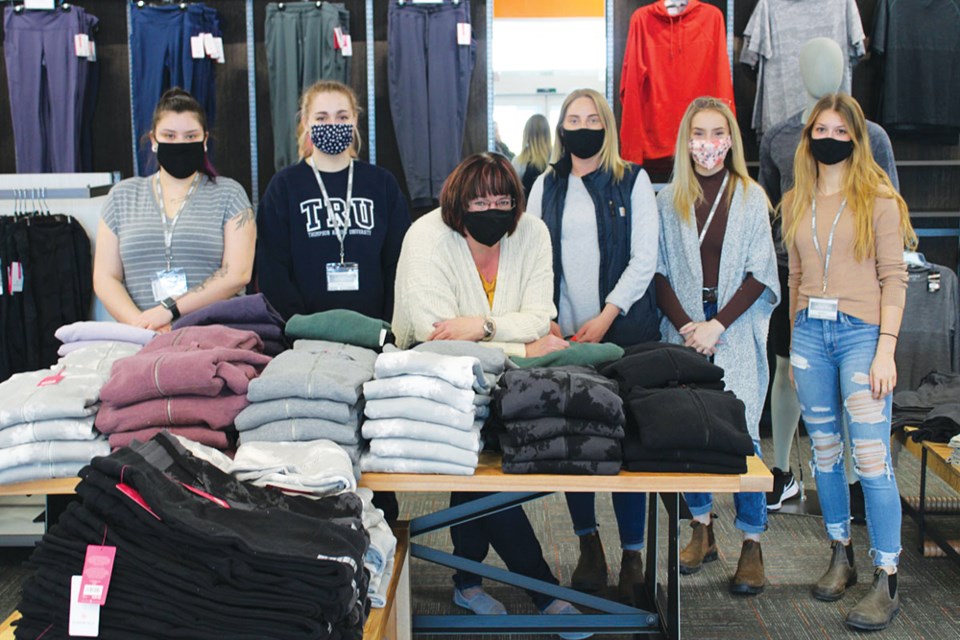 The Mark’s team settle in to their new location on Old Fort Road after moving in at the end of March. In the picture are Tiffany Williams, Paige Basisky, Christine Coleman, Brittany Maskell, Ann Marie Barrette, and Michelle Rempel.Tom Summer

Northeast B.C. continues to enjoy the lowest unemployment in the province, reported at 4.1% in the latest national labour force survey.

There were 39,300 employed and 1,700 unemployed in March, according to the estimates, with the unemployment rate down from 4.3% in February when 1,800 were unemployed.

Across B.C., employment gains were buoyed by growth in part-time jobs as the province added 35,000 positions to the labour force in March.

Full-time work took a hit, however, with Statistics Canada reporting the province lost 6,700 full-time jobs between February and March.

Instead, big gains were dominated by the 41,800 part-time jobs added to the labour force.

The province's biggest gains in employment were felt in healthcare and social services (+11,000 jobs); information, culture and recreation (+7,600 jobs); and manufacturing (6,600 jobs).

The biggest losses were felt in public administration (-7,100 jobs); other services (-4,300 jobs); and professional, scientific and technical services (-3,400 jobs).

The northeast has maintained the lowest unemployment in B.C. since last summer.

Last month, unemployment was the highest in the North Coast and Nechako region at 8.5%, followed by the Lower Mainland at 8%.

B.C.'s unemployment rate remained unchanged at 6.9%, while the national employment rate dropped 0.7 percent points to 7.5% — the lowest the country has seen since before the pandemic as Canada added 303,000 jobs overall last month.

The latest labour force survey was conducted March 14-20, prior to the latest restrictions imposed on B.C. businesses late last month amid surging cases of COVID-19.

“Re-imposed containment measures in some regions will probably weigh on employment in April. But larger-than-usual government supports are still in place for those losing work, so household purchasing power will remain resilient to any near-term labour market weakness,” RBC senior economist Nathan Janzen said in a note.

“Vaccines remain the light at the end of the pandemic-tunnel, and distribution continues to ramp up even as virus spread escalates.”

“Still, the big message from today's report is that it is now quite clear that prior job losses can be recovered surprisingly quickly when the economy more fully re-opens,” he said in a note.

— with files from Tyler Orton